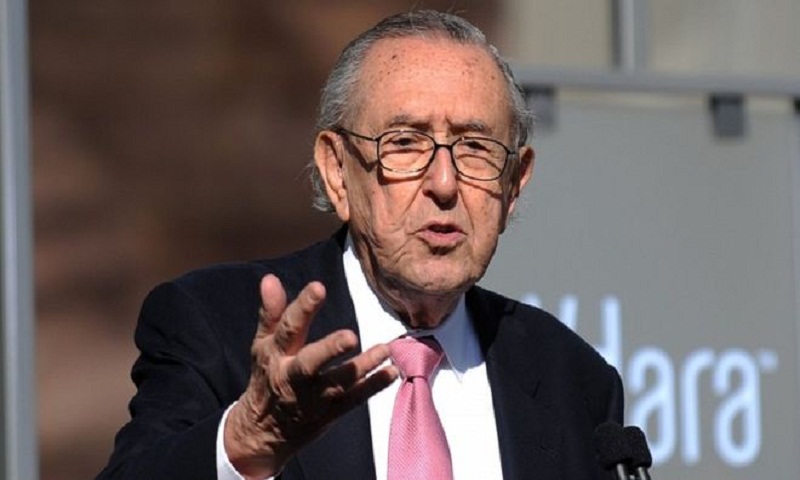 The Argentine-American architect César Pelli, designer of the Petronas Towers in the Malaysian capital Kuala Lumpur, has died at the age of 92.

The towers were the world's tallest buildings at their inauguration in 1998 and kept the title for six years.

His other works included London's One Canada Square tower and the National Museum of Art in Osaka in Japan.

Pelli's death was reported by the governor of Argentina's Tucuman province, where the architect grew up.

Pelli was a graduate of Tucuman University and moved to the US in 1952, settling in New Haven, Connecticut.

From 1977 to 1984 he was Dean of the Yale University School of Architecture and over his career received dozens of awards including the Gold Medal from the American Institute of Architecture.

His other notable projects included New York's World Financial Centre; the Gran Torre Santiago skyscraper in Chile and most recently the Transbay Transit Center in San Francisco which opened in 2018.