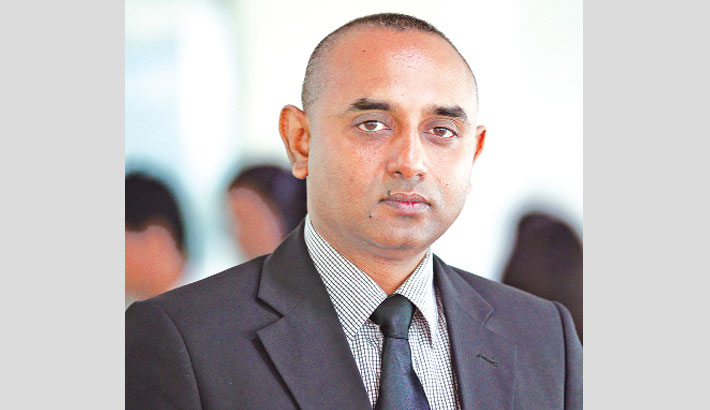 Aesop wrote “The Bundle of Sticks” to teach children that unity is strength. Sticks in a bundle cannot be broken but sticks taken singly can be easily broken. Same applies to people. Many leaders and statesmen sometimes do not follow the lesson putting the fate of the countrymen at stake. Pakistan got separated from India as part of plan of the then All India Muslim League leader Muhammad Ali Jinnah. The separation was an unwise decision which damaged the strength of this subcontinent. Indian region and South Asia would have been the most powerful and developed part of the world if the separation hand not taken place.

Historians termed “partition” of British India into the two separate states in 1947 the “last-minute” mechanism on the part of the British colonial ruler to have a bitter taste. A few people understood what partition would entail. It was followed by large-scale migration.

The two self-governing countries of India and Pakistan legally came into existence at midnight on 14–15 August 1947. The partition reportedly displaced 10 to 12 million people along religious lines, creating serious refugee crises in the newly constituted dominions; large-scale violence and loss of life. The violent nature of the partition created an atmosphere of hostility and suspicion between two countries that plagues their relationship.

Two nuclear-armed countries’ relationship is far from healthy with Kashmir remain at the centre of struggle. Indian Muslims are frequently suspected of harbouring loyalties towards Pakistan; non-Muslim minorities in Pakistan are increasingly vulnerable thanks to the so-called Islamisation of life there since the 1980s. Seven decades on, well over a billion people still live in the shadow of partition.

Although people of this region bore the brunt of the separation, Pakistan has not stopped. One mistake of it is followed by other. It is reportedly destabilizing Kashmir to fish in the dirty water. The major problem of Pakistan is that it is not run by the political leaders. Time and again the country saw military regime. Sometimes elected governments come to power but cannot continue. Several presidents and prime ministers could not complete their term due to interference by military. The courts disqualified them for the posts and put them out of power. The judiciary in Pakistan takes a back seat of armed forces.

Situation of Pakistan is synonymous with Myanmar for being governed and dominated by armed forces who cannot take prudent decision to resolve a crisis other than complicating it. Myanmar persecuted Rohingyas are causing large-scale exodus. Pakistan is patronizing fundamentalists and exporting militancy. Both the countries have resorted to suicidal decision. Dire consequence of military rule is evident in Libya. The fall of Muammar Gaddafi’s military regime and his capture and murder on October 20, 2011 has epitomized ultimate end to such rulers.

Pakistan would like to economically and politically dominate India by destabilizing it. If Pakistan can be successful in its game with India, it is sure to apply same trick to other countries. Although Bangladesh was separated from Pakistan through a bloody war in 1971, Islamabad is still reportedly plotting against Dhaka.

Many experts think that Pakistan has turned a militant breeding centre and isolated state for its bad policy. It is subjected to “tit-for-tat” consequence. Socioeconomic structure of Pakistan has collapsed due to bad policy. Popular cricketer Imran Khan is Prime Minister of the country. He has no fund to run the government. What is the reason behind this situation? The country’s military and some policymakers patronize militancy and terrorism. Its citizens are found to be involved in many major militant attacks either in its territory or neighbouring countries.

Attack in Mumbai can be quoted.  A series of terrorist attacks were carried out by 10 members of Lashkar-e-Taiba, an Islamic terrorist organisation based in Pakistan. They launched 12 coordinated shooting and bombing lasting four days across Mumbai. Starting on November 26, 2008, it continued until November 29 killing 174 people and maiming 300 others. But Pakistan did not take effective step to punish the criminals. Hafiz Saeed, the alleged mastermind of the attack, was detained and freed repeatedly. Due to tremendous international pressure, the country arrested him just a few days ago. The arrest came ahead of Prime Minister Imran Khan’s visit to the United States fearing a possible reprimand by Washington.

Pak-based armed groups have been allegedly actively operating in the Indian state of Jammu and Kashmir and committing gross violation of human rights including kidnapping and sexual abuses, said a UN report. In recent years, four major armed groups namely Lashkar-e-Tayyiba, Jaish-e-Mohammed, Hizbul Mujahideen and Harakat Ul-Mujahidin are believed to be active in this region having base in Pakistan administered Kashmir.

A suicide bombing on Indian security forces in Palwana on February 14, 2019 was claimed by Jaish-e-Mohammed. Pakistan Foreign Minister Shah Mehmood Qureshi told an international media that Jaish-e-Mohammed founder Mohammad Masood Azhar is present in Pakistan. However, a spokesperson for the Pakistan Army denied that Jaish-e-Mohammed exists formally in Pakistan which makes it clear about its patronization of militants, who have close contacts with Pakistan’s military intelligence known as ISI.

The military trial in Pakistan is farcical. Such courts constituted after 2015 were used by army as instrument for summary trial. They are responsible for several death sentences after April 2017.

Kulbhushan Sudhir Jadhav, an Indian national, in Pakistani captivity on charges of spying and has been denied the right of self defence or consular meets. He has been sentenced to death based on confessional statement taken in captivity. New Delhi has steadfastly denied Pakistani allegations and asked for his immediate return. Pakistan is also using the Jadhav case to blame India for its problem in Balochistan. India has succeeded in preventing Pakistan from abusing law. Finally, New Delhi blocked execution of Jadhav with the help of International Court of Justice.

As part of its longstanding policy, Pakistan is learnt to have been trying to create unrest in the Indian part of Kashmir by patronizing militants, who have also been allegedly assigned to destabilize India.

These moves have led to the near-isolation of Pakistan as South Asian countries have distanced itself from it diplomatically and multilaterally. Dhaka’s tie with Islamabad is at its lowest level. Almost all the members of the South Asian Association for Regional Cooperation (SAARC) including Bangladesh refused to attend the group’s summit for patronizing militants and interfering in the internal affairs of other states. SAARC since then has gone into a state of “coma.”

Bangladesh was earlier called a bottomless basket due to overtly exploitation by Pakistan regime. But gradually, it has become role model for socioeconomic development across the globe. Some people of Pakistan believe that bad policy that country resulted in creation of Bangladesh through liberation war in 1971. But policymakers of the country should be repentant for their wrongdoings. They should stop plotting against Dhaka. Instead of being repentant, Pakistan is continuously trying to cause harm to Bangladesh.

After attack on World Trade Centre by Taliban, whole Muslim community across the globe faced a critical situation. Taliban has its root in Pakistan and Afghanistan. Osama bin Laden, mastermind of the attack, managed to live in Pakistan for long. Such stay of the most wanted terrorist unveiled patronization of militancy by Pakistan authorities.

Pakistan has tarnished image of Organization of Islamic Conference (OIC). In recent past, OIC invited India to its summit to reduce its gap with Pakistan. Although Indian joined the summit, Pakistan boycotted it.

Pakistan’s foul-play has put its common people in an awkward situation and they are being prejudiced. May be, some true politicians, civil society members and a section of army officials in Pakistan want a reform but they are helpless at hand of stereotyped system.

Pakistan should not indulge in any conspiracy, militancy and espionage to harm neighbouring countries. It should not patronize fundamentalists, religious bigots and interest groups to create anarchy and sabotage to destabilize the region. It should abide by the international law and covenants and respect human rights. The country should not annihilate dignity and interest of OIC.

The world expects positive step from popular cricketer Imran Khan who has helmed state affairs of Pakistan. He needs to take timely steps to push the country towards right direction. He should sit with all leaders and stakeholders to find ways to resolve the crisis and build a national consensus. He should boost awareness among people. If he tries to make a reform, he will get international support. Pakistan should stop foul play to boost regional integrity and power.