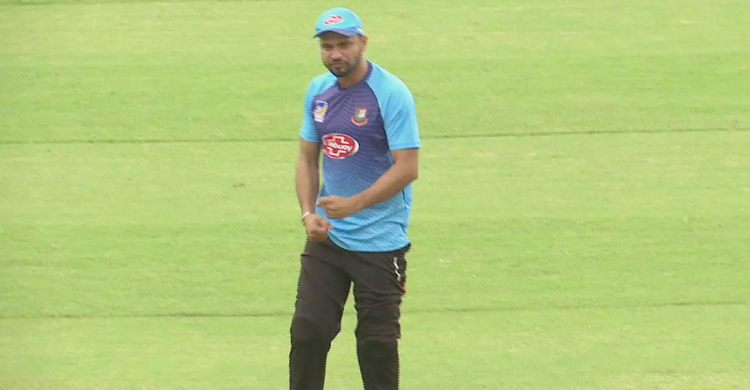 Bangladesh ODI captain Masrhafe Bin Mortaza has been ruled out of upcoming Sri Lanka tour due to a new blow on his right hamstring.

He was supposed to travel to Sri Lanka on Saturday with the Bangladesh National Cricket team.

Debashis Chowdhury, the chief physician of Bangladesh Cricket Board (BCB), confirmed it to the media on Friday.

"Mashrafe's been suffering from many injuries for a long time. Now he got a severe blow on his right hamstring and it's tough for him to join the Sri Lanka tour. It's up to the team management whether the will play in the upcoming series or not," he said.

A source close to the team management confirmed that Mashrafe is ruled out from the Sri Lanka tour where the Tigers will play a three-match ODI series.

Mashrafe suffered the injury during practice at Sher-e-Bangla National Cricket Stadium on Friday evening. He had suffered a hamstring injury in the final of tri-nation series against West Indies in Ireland before the World Cup.