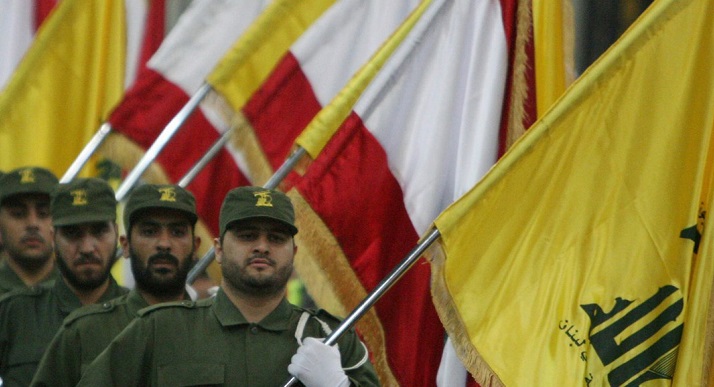 The United States on Friday offered a $7 million reward to find a Hezbollah operative accused of masterminding a deadly 1994 attack on a Jewish center in Buenos Aires, as it vowed to pursue the group worldwide.

The United States also imposed sanctions on the senior Hezbollah figure, Salman Raouf Salman, in tandem with his blacklisting by Argentina as it marks the 25th anniversary of the bombing, which killed 85 people.

Secretary of State Mike Pompeo was visiting Argentina on the anniversary of the attack, along with ministers from several Latin American nations visiting Buenos Aires for talks on counter-terrorism.

The State Department said it would give $7 million to anyone who provides information that leads to the location of Salman, also known as Salman al-Reda.

The Treasury Department said that Salman masterminded the 1994 attack and "has directed terrorist operations in the Western Hemisphere for Hezbollah ever since."

"This administration will continue to target Hezbollah terrorists who plot horrific murderous operations and indiscriminately kill innocent civilians on behalf of this violent group and its Iranian patrons," said Sigal Mandelker, the Treasury Department's undersecretary for terrorism and financial intelligence.

Iran is the primary sponsor of Hezbollah, a Shiite Muslim militant movement as well as political party that waged a guerrilla campaign against Israel's occupation of southern Lebanon.

Salman has been reported to have joint Lebanese and Colombian citizenship, allowing him to move more easily across Latin America.

Asked where he is believed to be now, a senior administration official said: "We think he is probably somewhere in the Middle East."

The Treasury designation will freeze any assets he may have in the United States and criminalize any assistance to him, although Hezbollah as a whole is already under heavy US sanctions.

A State Department official said that the United States has been encouraging Latin American nations to follow the US model in blacklisting groups and individuals as terrorists -- as seen in Argentina's decision on Salman.