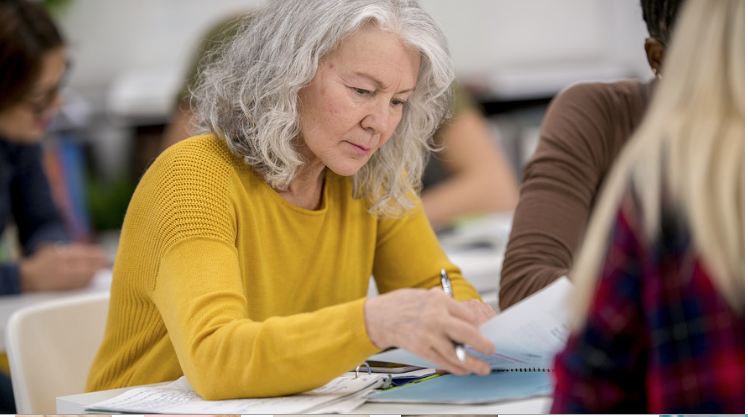 Scientists have discovered that taking up several new tasks at the same time boosts mental power and protects people against Alzheimer's disease.

UCR psychologist Rachel Wu says one important way of staving off cognitive decline is learning new skills as a child would.

She encouraged elder people to be a sponge, which means to seek new skills to learn, maintain motivation as fuel, rely on encouraging mentors to guide you, thrive in an environment where the bar is set high.

Building on lifelong learning research, previous studies have demonstrated the cognitive gains of older people learning new skills. But these skills were learned one at a time, or sequentially.

For Wu's studies, the researchers asked adults aged 58-86 to simultaneously take three to five classes for three months, about 15 hours per week. The course workload is similar to an undergraduate's.

After just six weeks, participants increased their cognitive abilities to levels similar to those of middle-aged adults, 30 years younger. Control group members, who did not take classes, showed no change in their performance.

"The participants in the intervention bridged a 30-year difference in cognitive abilities after just six weeks and maintained these abilities while learning multiple new skills," Wu said.

"The studies provide evidence that intense learning experiences akin to those faced by younger populations are possible in older populations, and may facilitate gains in cognitive abilities," she added.

Worldwide, around 50 million people have dementia, and Alzheimer's disease is the most common form that may contribute to 60 percent to 70 percent of the cases, according to the World Health Organization.

No treatment is currently available to cure dementia or to alter its progressive course.