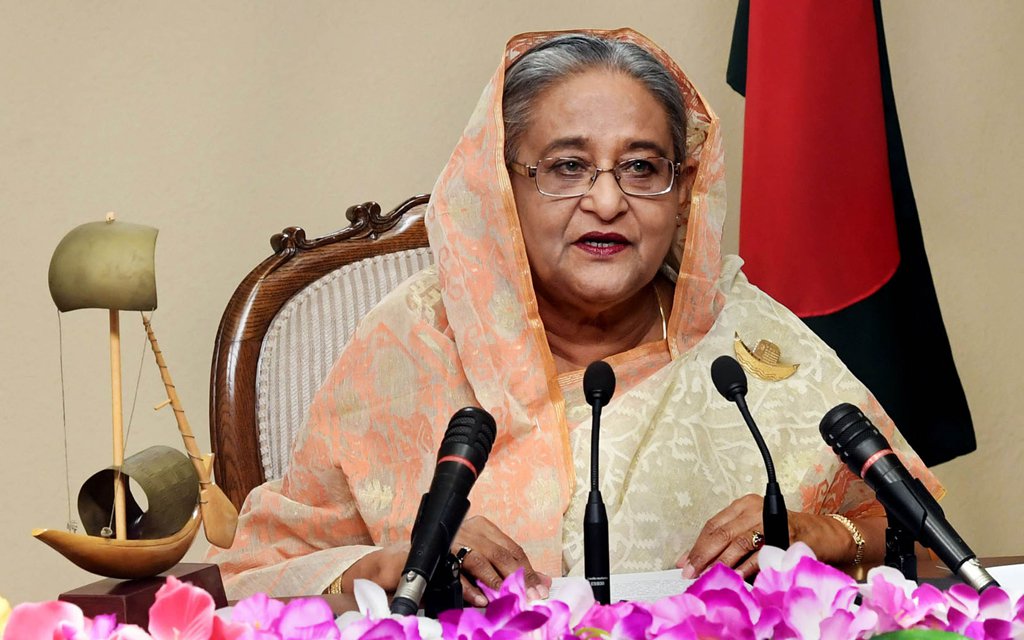 Prime Minister Sheikh Hasina will attend a conference of Bangladesh envoys in Europe, the first of its kind, in the British capital of London on Saturday.

He said 15 Bangladesh ambassadors, high commissioners and permanent representatives posted in different countries of Europe will attend the conference.

Foreign Ministry sources said the prime minister is likely to hold discussions with the Bangladeshi envoys in Europe on various issues and give them necessary directives.

The issues include enhancing Bangladesh’s image further in Europe, boosting trade and commerce and attracting more investment in the country.

Sheikh Hasina is expected to discuss with the envoys about the Rohingya issue, climate change, irregular migration, post-Brexit situation and its impact on Bangladesh as well as the celebrations of the birth centenary of Father of the Nation Bangabandhu Sheikh Mujibur Rahman and the golden jubilee of the country’s independence.

The prime minister left Dhaka for London this morning on an official visit to the United Kingdom to attend the envoys’ conference and other programmes.

A Biman Bangladesh Airlines VVIP flight carrying the premier and her entourage members took off from Hazrat Shahjalal International Airport for London at 9:35 am.

Besides, the cabinet secretary, the chiefs of Bangladesh Army and Bangladesh Navy, the acting chief of Bangladesh Air Force, the dean of the diplomatic corps, the British high commissioner to Bangladesh and high civil and military officials were present.

The flight is scheduled to reach Heathrow International Airport in London at 3:55 pm (local time) today.

Bangladesh High Commissioner in London Saida Muna Tasneem will receive the prime minister at the airport.

At the advice of Bangladeshi doctors, the press secretary said, the prime minister will also receive eye treatment in London.

The prime minister is expected to return home on August 5, he added.