Preserving the memory of the Brave Mother of ‘71 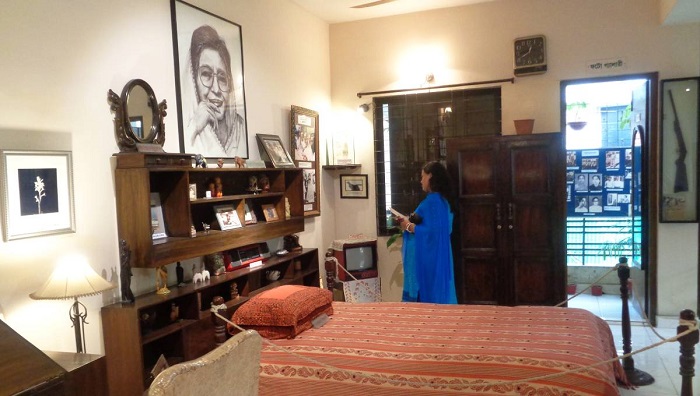 Throughout the history of liberated Bangladesh, Jahanara Imam, founder of Ekattorer Ghatak Dalal Nirmul Committee has remained at the forefront to preach the spirit of liberation to the young generation.

To preserve her memories as well as those of her eldest son, Shaheed Shafi Imam Rumi, the valiant guerrilla of Crack Platoon, Shaheed Janani Jahanara Imam Memorial Museum has been working silently since 2007.

Established in their family residence, Konika, located in capital’s old Elephant Road, the museum has a wide collection of artifacts, personal belongings of late Jahanara Imam and items used by her family alongside assorted furniture which include several awards; photographs; documents related to liberation war, personal items such as air-gun, tabla, telephone; letter written by Rumi to his uncle; important documents of Ekattorer Ghatak Dalal Nirmul Committee and many more. The museum has an adjacent library section established in 2009 with a wide range of books on Liberation War and works of Jahanara Imam including Ekattorer Dinguli, Cancer er Sathe Boshobash, Of Blood and Fire and more.

Youngest son of Jahanara Imam and brother to Rumi, Saif Imam Jami established the museum on June 24, 2007, as a personal venture to introduce the young generation to the many aspects of Liberation War and its prevalence on liberated Bangladesh. He is the Chairman of the Museum. 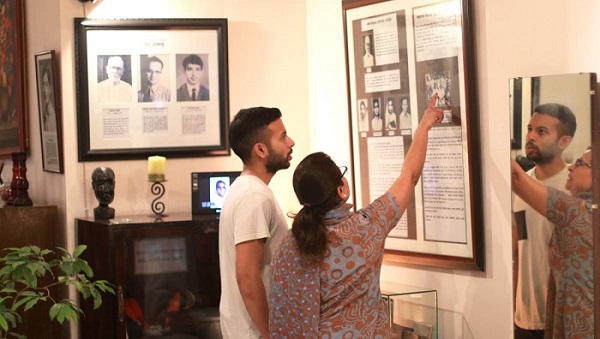 M Abu Yousuf, Assistant Curator of the museum said Saif Imam Jami personally visits the museum once a year to keep everything in order.

“We have around 40-60 visitors every month. The museum commemorates days of special significance to the Imam family,” he said.

Abu Yousuf also mentioned that a trustee board has been formed to maintain the museum in the future.

While discussing the future programmes of the museum he said that the museum authority is considering starting an outreach program.

“It will provide students of schools and colleges a guided tour every month to serve as a source to learn about our Liberation War and realize the contribution of the Imam family,” he said.

Another Assistant Curator of the museum Sohan Ahmed said, “Through the museum, we try our best to present the life and spirit of the selfless sacrifice done by Jahanara Imam and her family to the youth.”

He mentioned that the museum has targeted especially children to help them develop a sense of responsibility for their country while learning the history of the liberation war.

He further said although the museum is small in capacity yet it draws an audience from students, teachers, researchers and those who are interested in the true history of the liberation war.

Shaheed Janani Jahanara Imam stood bravely even after the liberation against the likes of anti-liberal force despite losing almost her entire family in the war. She formed Ekattoreer Ghatak Dalal Nirmul Committee on January 19, 1992, to demand trial of war criminals whose essence guided the 2013 Shahbag Movement for the execution of convicted war criminals.

Cancer could not bring down her fight against opposing forces of Bangladesh’s independence. The museum serves as an inspirational tour for those in search of the true spirit of the Liberation War.