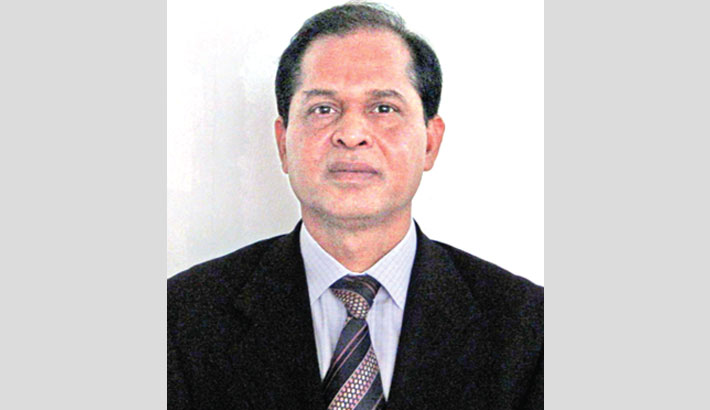 Of course, it is inspiring news that the Government of Malaysia is going to resume the recruitment of Bangladeshi workers within a month or two once the two countries reach an agreement on a new recruitment mechanism. We must appreciate the present Government of Bangladesh for its enormous efforts put on this issue. We also thank the Government of Malaysia for understanding of the matter and reconsidering the intake of our workers. It is, undoubtedly, the reflection of the depth of the bilateral fraternal bondage existing between the two countries and their people.

We know that there were temporary moratoriums a number of times since Malaysia had started recruiting workers from Bangladesh in the 1980s. In 2007-2008, during the Caretaker Government in Bangladesh, due to unethical competetition among the recruiting agencies of Bangladesh, our workers were exploited so much that hundreds of them had to sleep on the streets of Kuala Lumpur finding no employers. Understanding the unwanted situation that evolved therein, the Government of Malaysia had to suspend the intake of workers from Bangladesh in March 2009. The suspension continued until Bangladeshi workers arrived in Malaysia again in April 2013.

In fact, it was our Hon’ble Prime Minister Sheikh Hasina, who took all out initiatives, especially during her visit to Malaysia in May 2010, for regularisation of illegally-stayed workers as well as withdrawal of the freeze on recruitment of our workers. And following the decision of the two countries Prime Ministers, finally, Malaysia regularised all undocumented workers including Bangladeshis and then, finalised the Memorandum of Understanding on recruitment of Bangladeshi workers under Government-to-Government mechanism, which was signed in November 2012. That system was highly appreciated by the world community, especially the migration related organisations.

Though the G2G recruitment mechanism was safe and workers-friendly, it had to face a lot of difficulties.  Being a system of lowest migration cost, it could not survive due to negligence from both ends. Actually, there were attempts from the very beginning to make the mechanism collapsed as it did not serve the interest of the vested quarter. Around ten thousands workers only were able to go to Malaysia under that system.

However, I left Malaysia in December 2014 and within a few months, the people, who worked against the G2G system, came out from hibernation and built a network to uproot that system. By the grace of both ends, they succeeded to do that by placing ‘G2G Plus’ system, a new system of recruitment. Consequently, a new MoU on recruitment of Bangladeshi workers under G2G Plus mechanism was signed in 2016. By signing the MoU, our authority failed to safeguard the welfare of our workers as well as interest of more than a thousand enlisted recruiting agencies.

It has been observed that not a single Bangladeshi worker went to Malaysia through ‘G2G’, but all workers went through ‘Plus’ under so-called G2G Plus system. Truly speaking, the portion ‘G2G’ was an eyewash; it mainly worked for ‘Plus syndicate’ consisting of only 10 recruiting agencies of Bangladesh in one side and led by their Malaysian ‘master’ on the other side. Within a span of about two years, that syndicate collected a huge amount of money from the poor migrant workers of Bangladesh.

The scenario changed once the present coalition government of Malaysia under the leadership of Tun Dr. Mahathir Mohamad took over the charge last year. The G2G Plus mechanism faced a big halt. The new Malaysian Human Resources Minister M Kulasegaran once indicated that Malaysia liked to go back to the G2G arrangement considering it exploitation- or corruption-free. The local daily ‘The Star’, also termed the G2G Plus system as an “organised trafficking syndicate”. To overcome the situation, the two countries had a bilateral meeting on 25 September 2018 in Kuala Lumpur and they agreed to include all recruiting agencies of Bangladesh in the process when the recruitment would resume under an agreed mechanism.

A week back, our Minister for Expatriates’ Welfare and Overseas Employment had a meeting with his Malaysian counterpart in Kuala Lumpur on this issue. It is learnt that both sides are working to reach the final stage and are expecting to conclude an agreement within a month or two to resume the recruitment of workers from Bangladesh. That means the existing moratorium on the intake of our workers would be withdrawan very soon. We also hope that they would do that without taking any more time for the benefits of two countries’ economy.

There is no doubt that the recruitment of Bangladeshi workers for Malaysia had faced hindrances a number of times and in all such cases, the ultimate sufferers were nobody but our workers. The authorities concerned of the two countries, we believe, would find a recruitment process that would protect our workers from any exploitation as well as the interest of all registered Bangladeshi agencies. They should also give utmost priority to brining the migration cost to a minimum level so that it would not be a burden for our workers anymore. Obviously, minimum migration cost would save a huge amount of our foreign currency from siphoning out.

The time has come to calculate how much our workers are sending to Bangladesh as remittance and how much of their money leaving Bangladesh in advance well before departing their homeland. Our recruiting agencies should also come forward with the sentiment to serve these workers not to exploit them. I mean, they should have a ‘humanity approach’ instead of doing any commodity business of export and import. Of course, they have to earn for providing their services like other businessmen, but through a different philosophy of social responsibility.

Malaysia is a good friend of Bangladesh since our war of liberation. Both the countries have been maintaining an excellent bilateral relation for their mutual benefits. Malaysia needs foreign workers and we have enough people to meet their requirements. It is a two-way traffic. However, we should not in any way forget the crucial issues of protecting the interest of our workers while reaching such an agreement that particularly relates them. There should not be any compromise. We have full confidence in both the governments that they would resume the recruitment under an exploitation-free migrant-friendly process. If that does not happen, all our efforts would produce nothing but another moratorium in future.