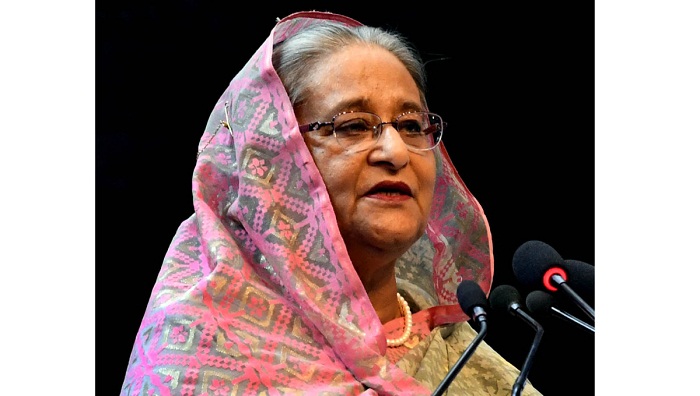 Prime Minister Sheikh Hasina on Thursday asked the government officials to continue drives against corruption and drugs as well as design development projects in a planned way.

“Drives against corruption, drugs and terrorism must continue and development projects will have to be taken in a planned way,” she said while addressing the annual conference of Bangladesh Administrative Service Association at Bangabandhu International Conference Centre in the city.

The Prime Minister hoped that the officials will come up with new projects for the development of the country utilising their innovative Idea.

Noting that her government enhanced salaries and housing and other facilities for the officials, she said her government wants their cooperation in return to free the people of Bangladesh from poverty and give them a decent life.

She directed the officials to properly    implement development projects and programmes taken by her government. “Since we've a huge population and scarcity of land, we’ll have to take every plan without hampering the agricultural production,” she said.

Though industrialisation is a crying need for further development of the country, it will have to be ensured that it does not destroy arable land, the Prime Minister said.

She said her government always tries to create congenial atmosphere at workplaces for government employees.

Hasina urged the officials to perform their respective duties keeping in mind that they will have to love the country, its people and develop it.

She said her government wants to make Bangladesh a corruption- and poverty-free country and protect it from militancy and terrorism as well as ensure peace and security of public life. “The government takes all work plans considering these.”

Talking again about corruption, she said both bribe-givers and bribe-takers are equally guilty.

The Prime Minister asked the officials to stay alert to tackle man-made disasters alongside taking measures to save people from natural calamities.