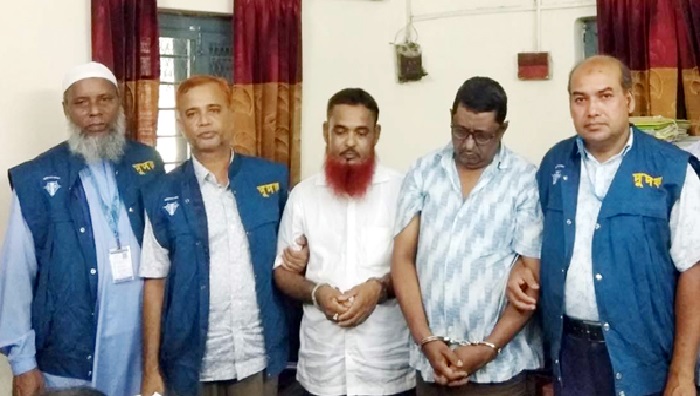 The Anti-Corruption Commission on Wednesday arrested two persons including a settlement officer from Upazila Settlement Office in Dinajpur Sadar upazila.

The arrestees were identified as SM Asaduzzaman Ferdous, 55, an assistant settlement officer of the Upazila Settlement Office and Shahidul Islam, 52, a surveyor of the same office.

They were detained when a team from ACC's integrated district office in Dinajpur, led by its assistant director Ahsanul Kabir Palash, conducted a drive on Wednesday afternoon.

Ahsanul Kabir Palash said, “Acting on secret information, a team of ACC officials has gone for a drive in the Sadar upazila Settlement Office. We able to catch two employees including an assistant settlement officer red hander with TK20,000 as bribe.”

He also informed that ACC's integrated district office in Dinajpur got information earlier that the accused demanded TK 50,000 from a local people to settle an appeal related to land.