Priyanka almost lost her debut film after a nose surgery 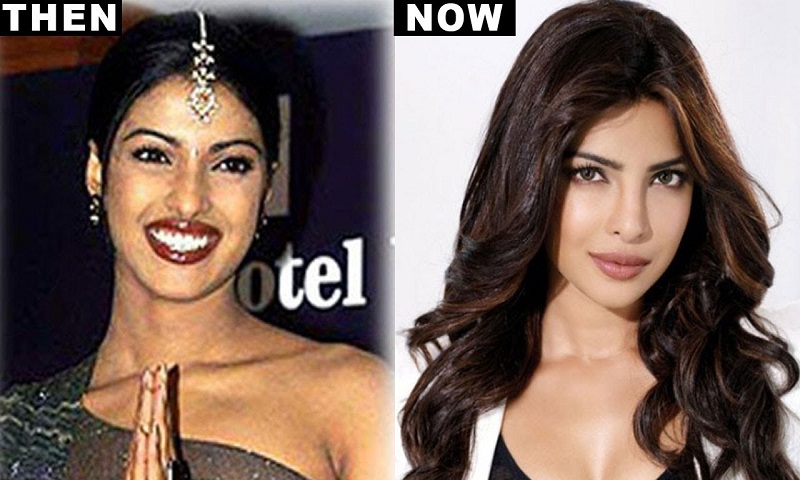 Actor Priyanka Chopra at 37 looks poles apart from Priyanka at 20, when she took her first steps in Bollywood after winning the Miss World pageant. However, people in the industry were not appreciative of her looks, reports HT.

In her 2018 biography Priyanka Chopra: A Dark Horse, writer Bharathi S Pradhan had revealed the trouble Priyanka had to face in the initial days of her career after a nose job went wrong. Film producer Vijay Galani had cast her opposite Bobby Deol in a film directed by Mahesh Manjrekar but the project never took off.

Galani said about the film’s muhurat shot, “The media was there in full strength and Prakash Jaju, her secretary, kept asking me to go and meet her. So I went to her room where she was doing her make-up and that’s when I realised why Jaju had been egging me to go meet her. She’d just had some nasal surgery done in London where the bridge of her nose had collapsed. I couldn’t believe what I was seeing. I had a little bit of shooting here in Film City and then a long schedule planned in London. How could we shoot with the heroine’s nose looking the way it did?”

However, Priyanka wasn’t bothered about her nose. She was sure she would be good to go by the next month when they begin the shoot. But a month later, the problem persisted. Meanwhile, Manjrekar delivered back-to-back flops and Bobby also pulled out of the film. The film was ultimately shelved.

Then director Anil Sharma, too, became apprehensive about Priyanka and her nose after he had already signed her for Hero: Love Story of a Spy opposite Sunny Deol. He said, “After signing her, I’d gone to the US and Canada for three or four months. When I came back and started working on the script, I began to hear that she’d had some surgery done, that she wanted pouting lips like Julia Roberts. I hadn’t met her for a while because after my first few meetings with her, I was confident that she would be a very good actress, I knew that I wouldn’t have to slog over her performance… But when I returned, I met Pravinbhai of Time (then a popular production house) and he told me that she’d been dropped from three or four films. He also put a photograph before me. Of a girl in a bathing suit coming out of the pool. I told him, ‘This is not Priyanka, this is someone else. This girl is really awful looking while Priyanka is a pretty girl with a beautiful smile.’ He insisted that the girl in the photograph was Priyanka. I was shocked, so I called her and she came to meet me with her mother.

“When I looked at her, I burst out angrily and asked her, ‘Where was the need to do all this?’ Mother and daughter got very emotional at this meeting and they explained that she’d had surgery done, it would take six to seven months for the nose to heal. Since she’d been dropped from three or four other films, they were going back to Bareilly and they returned my cheque to me. Yes, that was a very dignified thing to do. They were very decent, cultured people,” he added.

Moved by their honesty, Anil advised them not to leave for Bareilly. He called up a veteran make-up man to help them out and different a new look for her with short hair. Ultimately, it all turned out well for Priyanka when she delivered a good performance in the film. “The first scene I filmed on her featured Priyanka in a long shot with Kabir Bedi. They were playing father and daughter and she gave her shot like a seasoned artiste. Kamaal ki performer hamesha se thi (She was always a fantastic performer),” Anil said.