DCs asked to ensure quick services, get tough on corruption 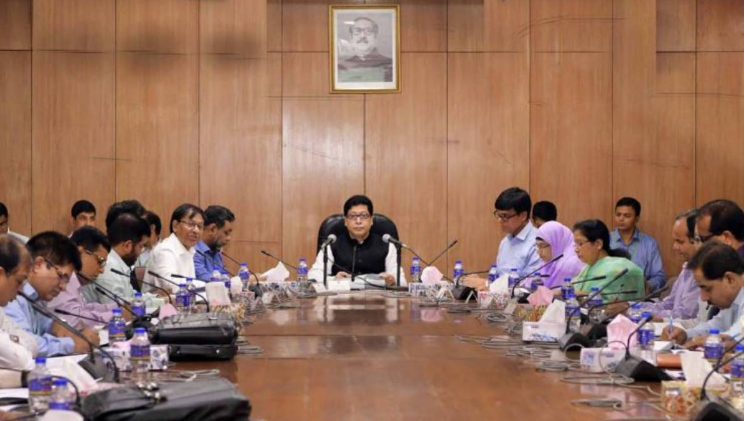 The deputy commissioners (DCs) on Thursday were asked to ensure providing services to the people quickly and sternly deal with corruption.

After the first session of the fifth day of DCs conference at the secretariat, State Minister for Public Administration Md Farhad Hossain said a corruption-free and peoples welfare oriented society will be established to implement the ruling party’s election manifesto.

He said they discussed ways to speed up services and make operations smooth.

Referring to sufferings at district and upazila offices, he said measures must be taken quickly to resolve various problems at the AC Land Office. DCs will take steps to speed up the digitilisation process.

DCs will ask the officials involved in corruption and irregularities to correct themselves, otherwise there is provision for departmental action.

The Minister said the DCs have been instructed to digitalise the offices.

“Officials must be given massive training so that we can go for more digitilisation. The DCs should take steps to make the hospitals free of brokers, irregularities and corruption. They’ll have to increase surveillance to ease the sufferings of the people,” he said.

The Minister said the DCs have been asked to enhance monitoring to enhance the standard of education at the schools in which they are the governing body Chairman.

Replying to a query, he said the DCs gave various proposals including setting up of a separate bank for public administration officials.

“Some of the proposals are realistic. We’ve assured them of implementing their logical proposals,” he said.