New cracks in the global economy as exports tumble 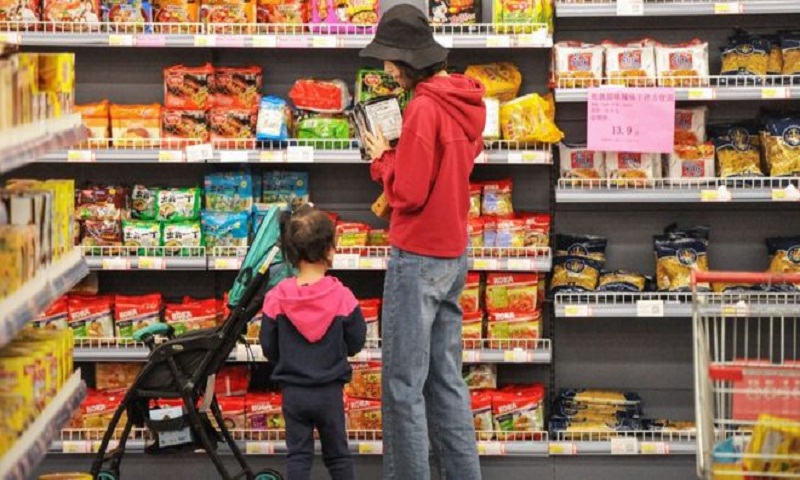 If you were in any doubt that the US-China trade war is having an impact on Asia, look no further than Singapore's latest export figures.

Singapore saw exports fall for a second month in a row, this time by 17.3% in the month of June compared to a year ago.

This dramatic fall comes as Singapore's growth figures released last week showed a 3.4% decline in growth in comparison to the last quarter.

So why should you care if Singapore is selling less of its stuff to the world than it used to?

Canary in the coal mine?

The city state is one of the most trade-dependent economies in the world, and is often seen as a global indicator for trade.

Analysts are calling Singapore's data the "canary in the coal mine", a reference to a well-worn expression to indicate there is danger ahead.

The phrase comes from when miners used to carry caged canaries into mine shafts, to let them know if it was dangerous. The canaries would die if there was even a hint of poisonous gas in the mines, providing a warning signal for the miners to get out.

The worry among Asia-watchers is that Singapore's numbers are just a sign of more bad news to come from the rest of the region.

There is increasing evidence to show that Asia's economies are being hit by the US-China trade war.

"Around the region it is a similar story," says Song Seng Wun, South East Asia economist for CIMB Private Bank.

"This trade war is coming at a time when global growth is slowing down after ten years of relatively stable times. Even if by some miracle a fairy taps her magic wand and the trade war disappears, all that would happen is that things would just be less bad - rather than really bad."

Data from India, Indonesia and South Korea reads like a list of bad news. June was a particularly gloomy month for the three countries.

All of these countries sell products ranging from palm oil and chemicals to semiconductor chips to China.

This week China posted the lowest quarterly growth it has seen in close to three decades, partly on trade war worries.

US President Donald Trump's tariffs on Chinese goods now cover more than half of what China sells to the US. Which means that Chinese companies either have to cut their costs for their buyers, or sell less to the US.

And that means the countries supplying Chinese factories with products are also getting hit.

It doesn't look like it's going to get any better anytime soon.

A report from the Japanese research house Nomura released this week on Asian exports shows that exports "should remain in the doldrums in the coming month".

Nomura blames this on the "lack of progress on US-China trade negotiations", heightened global uncertainty weighing on corporate investment decisions and signs that trade protectionism is being used as a "weapon of foreign policy" around the region.

It isn't entirely clear yet when or if the US-China trade war will come to a resolution - or whether this is the start of a "broader shift in US policy away from free trade", as think tank Capital Economics points out.

Mr Trump has already indicated that Vietnam - which up to now has been a beneficiary of the US-China trade war - could be next on his tariff list, and economists say Taiwan and South Korea could also be next in line.

Asia is home to the world's next generation of companies and consumers.

By 2050 it could see its share of the global economy grow to 52%, according to the Asian Development Bank - which means the region would also be the main driver of global growth.

But analysts say if the US's anti-free trade trend continues and hits more of Asia's economies, that could hurt the region's long term potential growth rate - in turn hurting the rest of us.