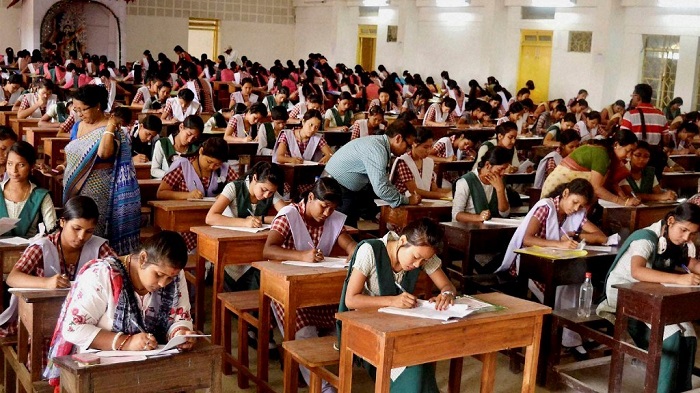 The Gujarat Secondary and Higher Secondary Education Board (GSHSEB) officials have decided to put the 959 results of Higher Secondary exams on hold till 2020 as they discovered shocking cases of mass copying that involves nearly 1,000 students.

According to the Times of India report, the officials were looking into the cheating complaints at the examination centres located in Junagadh and Gir-Somnath district. The TOI report said that the 959 students not only copied the answers, they also made the same mistakes!

The newspaper report said that over 200 students copied an entire essay. The officials scrutinising the answer sheets said that right from the beginning till end, the students wrote the essay in exact format. Mass copying was discovered in question papers in subjects such as Accountancy, Economics, Statistics and English Literature. Not just mass copying, there was another discrepancy in the answers of these students.

The TOI report said that most of these children claimed that they were ‘regular students’, whereas they had paid about Rs 35,000 to various ‘self-financed schools’ and studied there as external students attending classes for just two weeks.

The Gujarat Secondary and Higher Secondary Education Board (GSEB) declared Class 12 results in May earlier this year. This year, the declaration of the results sealed the fate of lakhs of students who had appeared for the examination. According to the latest reports, Anand district tops, Dang scores lowest among districts.

This year, the Gujarat Board conducted the exams from March 7 to March 23.. In 2018, around 3 lakh students appeared for the exam and the overall pass percentage stood at 55.55%.