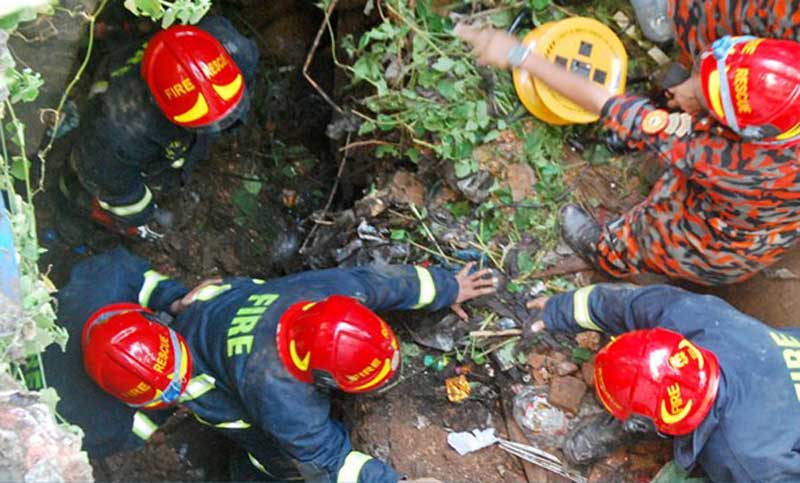 Rescuers on Wednesday pulled the body of a 60-year-old man from the debris of a building that collapsed at Patuatuli in Old Dhaka.

The dead was identified as Jahidul Bepari, according to Fire Service and Civil Defence official.

Local people said at least two people were believed to have been trapped in the rubble.

But it was not known that how many people were trapped there as the authorities could not confirm immediately.

The century-old building next to Sumana Hospital near Sadarghat collapsed at around 1:30pm today.