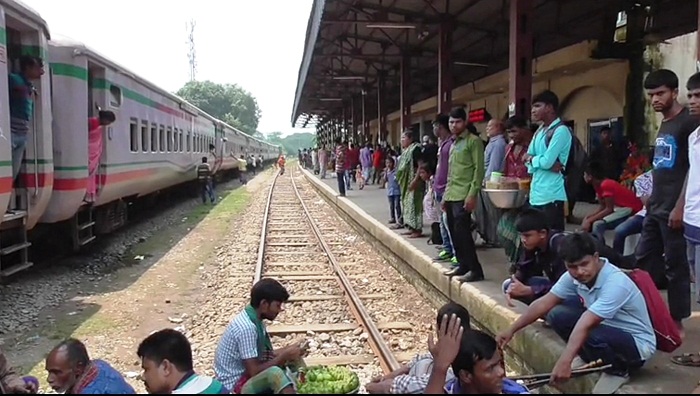 Rail communication of Gaibandha with northern parts of the country remained suspended since this noon due to flood triggered by persistent heavy rain over the past few days.

The flood situation has deteriorated in four upazilas and the water of Brahmaputra River was flowing 189cm above the danger level on Wednesday noon. Different private and government offices including DC’s Bungalow, Judge home and Police Line areas went under water.

Railway sources said the rail track in Badhiakhali went under water snapping rail communication with other parts of the country around 12pm.

Besides, the vehicles movements also stopped on different internal roads as they went under water.

An estimated 254,000 families of the district have been marooned by flood water and 114 shelter centres were opened, according to the information of district administration.

A total of 115 schools in different district headquarters and upazilas have been declared closed due to the flood.