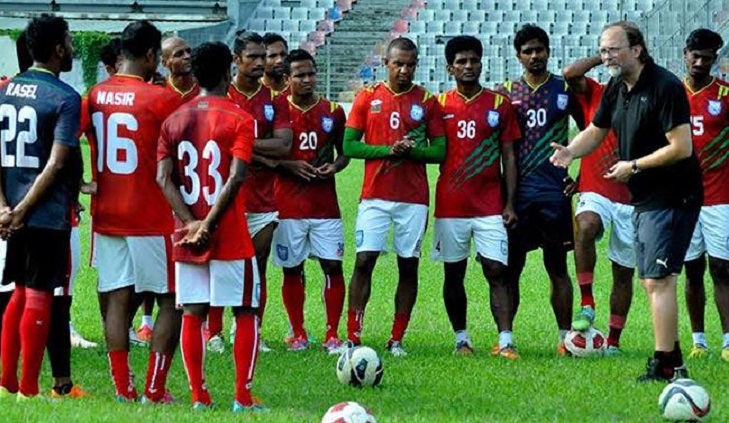 The ceremonial draw for the eight-group round-2 of the 2022 FIFA World Cup Qualifiers was held in Malaysian capital Kuala Lumpur on Wednesday.

Bangladesh advanced to the round-2 of the tournament beating Laos in home and away matches.

The first round match will begin on September 5 this year and the final match is scheduled for June 9, 2020.

At the end of round-2, the top sides from all eight groups, including the four best runners-up, will proceed to the third round of the World Cup Qualifiers. These 12 teams will also gain automatic qualification for the 2023 AFC Asian Cup.

The remaining four runners-up from the eight groups will earn a direct entry to the third round of the 2023 AFC Asian Cup qualifiers.

The teams which finish third in their respective groups will also book a place in round-3 of the AFC Asian Cup Qualifiers along with the four best fourth-placed teams from all groups.

The other four fourth-placed teams and all the sides which finish bottom of their tables will start their 2023 AFC Asian Cup qualifiers from the play-off round.

Since Qatar are the host nation for the 2022 FIFA World Cup, they gain automatic qualification and will not participate in the third round. If Bangladesh are able to finish runners-up behind Qatar in Group E, they will advance to round-3 of the qualifiers as group winners.