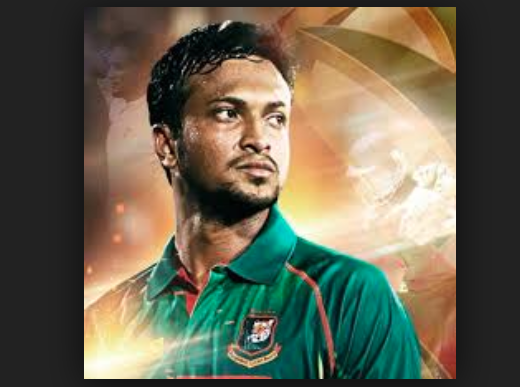 Bangladesh were expecting their best-ever World Cup this time around in England and Wales riding on a mixture of youthful talent, and in particular the experience of four players, who were each playing their fourth World Cup.

In the end, the Tigers failed to live up to expectations in the showpiece event as they returned only three wins from their allotment of 9 games, although one of those fixtures was rained out. They did play some good cricket and had some good results but for a team that would like to keep rising on the world stage, that was not enough for their loyal fans to be satisfied.

Bangladesh got a dream-like start beating South Africa in their first game. But they failed to capitalize this momentum as they lost to New Zealand narrowly. Then, the rain prevented them to secure two more expected points against Sri Lanka. Bangladesh never recovered these early ups and downs in the World Cup.

Shakib Al Hasan performed supernaturally throughout the event. He scored seven 50-plus innings, two of them were centuries. At the same time, he scalped 11 wickets with his left-arm slow bowling. Along the process, they recorded best-ever all-round performance in World Cup history. He is the first cricketer to score more than 600 runs and take more than 10 wickets in a single edition of the World Cup.  Although Kane Williamson in the end walked away with the prize, most observers would agree Shakib was the MVP at this year’s World Cup.

Despite these heroics of Bangladesh’s best-ever cricketer, Tigers failed to qualify for the semifinals of the event which was their initial target while leaving home for the World Cup assault. Shakib’s premium all-round show was marred by his teammates who failed to bat according to the team plan, or bowl according to the match situation throughout the event.

Nightmarish bowling performance during the first 20 overs was Bangladesh’s biggest downside in the World Cup. In most of the matches, Mashrafe Bin Mortaza started the attack with the new ball. But he failed to fulfil the demands of the team as a strike bowler. Mohammad Saifuddin or Mustafizur Rahman were Mashrafe’s companions with the new ball, but they were not up to the mark either.

Due to a back injury to Saifuddin, Rubel Hossain got a chance in the playing XI in one game but failed to deliver when he was asked to against India which was Bangladesh’s first must-win game in the World Cup.

In the end, Masrhafe returned just a single wicket from the biggest cricketing event. Mustafizur managed to get 20 wickets, with the economy rate of 6.7, thanks to his back-to-back f-wicket hauls in the last two games against India and Pakistan. But those late-shows did not help the fortunes of the team. In both those games, Bangladesh ended up losing, and thus ended Bangladesh’s last possibility to qualify for the semifinals.

Saifuddin also bagged 13 wickets but that was not something to turn things around for the poor Tigers in the World Cup. The right-arm pacer used to play as a left-handed batting all-rounder during his age-level cricket for Bangladesh. But the team management decided to try him as a strike bowler instead of Rubel. He did not do badly, particularly proving useful with his bowling at the death, but the Bangladesh bowling attack was always playing catch-up throughout their campaign, stung by the effect of always being a bowler short given Mashrafe’s ineffectual presence.

At the end of the World Cup campaign at Lord’s, Mashrafe, to his credit, did not hide from this fact. He blamed his bowling attack for the disappointing campaign. He said: “Starting from me to the others, our bowling has not been up to the mark in the World Cup. We should have taken early wickets to ensure dominance over the opponents. We failed to do so. Our fielding was also a big setback for us.”

If the innocuous bowling attack was Bangladesh’s biggest failing, and poor fielding permeated all their games, even the batting effort was in fact undermined at the top of the order. Tamim Iqbal, one of the four seniors playing his fourth World Cup, came into this tournament with the opportunity to establish himself as a world-class opening batsman in front of the cricketing world’s eyes. Inexplicably though, despite looking in good touch out in the middle, Tamim failed to produce even a single innings of note in 8 attempts.

Tamim’s contribution amounted to 235 runs in eight innings - an average of 29.37. He got a number of starts, batting sedately (his strike-rate was a pedestrian— 71.6) but then getting out at crucial moments. His own failures meant Tamim also failed to guide his young understudy, Soumya Sarkar, who was taking up the more belligerent role in the partnership during the World Cup.

Soumya returned a strike-rate of 101.21 but his inconsistency and failure to score big runs undermined his reputation as a hard-hitter. Despite managing a good start he fell cheaply throughout the tournament, failing even to score a fifty, which is just not good enough for a top order batsman obviously.

Apart from Shakib, Mushfiqur Rahim was the only other Bangladeshi cricketer to show some batting prowess. He struck a hard-fought century against Australia, and also fifties against South Africa and Afghanistan. But the downfall of others prevented Mushfiqur’s fighting innings’ true value to be realised.

In the end, it was Shakib’s World Cup. Mashrafe said the team should have done better at least for Shakib. He also said sorry to Shakib because the team failed to get him a taste of the semifinals. Mashrafe’s leadership remains unparalleled but his fitness for top-level international cricket repeatedly came under the spotlight during the tournament. A player of his stature and contribution to Bangladesh cricket must be allowed to choose the manner and timing of his own departure. He is now an MP as well. That said, he has already been announced to be leading the ODI side in its next assignment short tour of Sri Lanka later this month. Surely he doesn’t have another World Cup in him, nor even a Champions Trophy.  And given the performance at the World Cup, Bangladesh’s preparations for those events better start now.