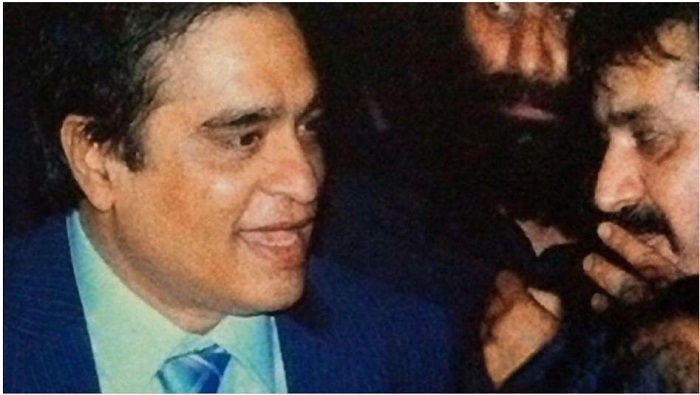 India is hoping the UK will approve its request to interview Jabir Siddiq, aka Motiwala, considered one of Dawood Ibrahim’s closest aides, because it believes this will help get some insights into the drugs and extortion operations the main accused in the 1993 Mumbai terror attacks still runs in the country, and perhaps even provide some proof of the fugitive’s presence in Pakistan.

According to Jabir’s dossier with Indian security agencies, which has been reviewed by Hindustan Times, he is the only one of Dawood’s associates who is a trustee in the Karachi-based Islam Baba Trust, where Ibrahim, his wife, his son and two sons-in-law are trustees. This trust is described by the Indian national security establishment as a religious front to manage properties of the D-company.

India is also working with US enforcement agencies to get access to Siddiq – he is currently in Wandsworth jail in south-west London, awaiting extradition to the US on charges of drug smuggling, extortion, blackmail and money laundering dating back to a 2011-12 Federal Bureau of Investigation operation. His case comes up for hearing on July 22. It is believed that Siddiq may be able to provide the first real evidence of Ibrahim’s involvement in the trade of drugs originating from Afghanistan. Siddiq, 53, a Pakistani national, is believed to be one of Ibrahim’s most trusted men, and someone who has full knowledge of the latter’s finances, investments, and the shell companies through which the so-called D-company (as Ibrahim’s operation is called) operates around the world.

Siddiq was arrested by Scotland Yard on August 17, 2018 at the behest of US enforcement agencies. According to counterterror operatives based in New Delhi and Washington, he has been entrusted with the financial affairs and investments of the D-company in Pakistan, West Asia and countries across Asia, Africa and Europe. His proximity to Ibrahim is evident from the fact that he owns properties adjacent to his palatial bungalow in D-block of Defence Housing Authority in Clifton, Karachi. According to the Indian security dossier, he is very close to Ibrahim’s family, including the latter’s wife, son and two sons-in-law. Islamabad has repeatedly denied that it has knowledge of Ibrahim’s location.

The real worries for Islamabad are the likely disclosure of Ibrahim’s presence in Karachi, details of his activities and, most importantly, his strong links with the Pakistani spy agency ISI. These prompted the Pakistan High Commision in London’s direct intervention in the case at the first day of hearing. Although the counsel representing the US prosecution team (through UK’s Crown Prosecution Service) told the UK court that Siddiq was a top henchman of Ibrahim, the defence produced a letter from the Pakistan High Commission stating that the drug smuggler is, in fact, a well-known and respectable businessman (a stock broker) with a Pakistani passport, and only that. Siddiq’s lawyers have now opposed his extradition to US citing that he is not mentally stable and has been suffering from depression since 2008.

The real reason of the High Commission’s intervention may have been to hide Siddiq’s links with Ibrahim, people familiar with the matter said. That may be difficult, they added, because the Ibrahim link is in-built in the FBI undercover operation, and even the drug deal for which he was arrested involves discussions about the deal being on behalf of Ibrahim, who is on top of India’s list of most wanted. They add that there is also strong evidence of at least $1.2 million being laundered too.

It is understood that the US authorities sent a new note to the UK court last year, alleging that Siddiq was involved in setting up a sale of 4kg of Class A drugs in the US. The D-company has been involved in large-scale shipments of narcotics in the past – prompting the US to include the syndicate and Dawood Ibrahim individually in the Foreign Narcotics Kingpin Designation Act in January 2006. The other two top D-company operatives under this Act are Chhota Shakeel and Ibrahim Abdul Razaaq Memon aka Tiger Memon, the principal instigator of the 1993 Mumbai blasts in which 257 people died.

Siddiq, whose is married for the third time to a Pakistan International Airlines cabin crew member, has two sons and two daughters. Before he was arrested, Siddiq was trying to acquire the citizenship of known tax havens of Antigua, Dominican Republic, St Kitts , Nevis, and even permanent residency in Hungary for his family, according to Indian security agencies.

During the court proceedings, the prosecution argued that Siddiq was a senior member of the D-company, terming this an organised crime syndicate with links to terrorism, and engaged in arms and narcotics trafficking and money laundering.

Siddiq’s lawyer Edward Fitzgerald was not immediately available for comment, but he used the CPS-US claim of Siddiq’s link to Ibrahim to build his case that, if extradited, his client would be subjected to “special administrative measures” (SAMs) in a correctional centre in New York, which means a risk to his human rights under Article 3 of the Human Rights Act of the UK. (Courts in the UK are bound to refuse extradition if there is a risk of human rights being violated). He has also claimed that Motiwala suffers from depression and has suicidal tendencies, while arguing against his extradition.

The court will rule in August whether to seek a sovereign assurance from the US that Motiwala’s human rights will not be violated in jail there. India provided a similar one over the rights of bookie Sanjeev Chawla on three occasions in the past, most recently in 2018 to the England and Wales high court.