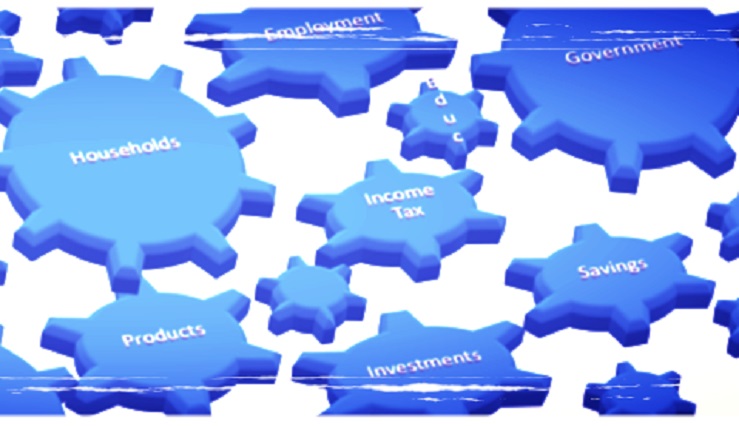 In developing countries like Bangladesh, the use of computable general equilibrium (CGE) simulation models for policy analysis is becoming widely popular. Providing crucial policy recommendations, economists in the emerging nations are constructing CGE models of their national economy, simulating the impact of macroeconomic shocks/policies on various dimensions of poverty and welfare.

Acknowledging the importance of CGE modelling as a helpful tool for policy analysis, three reputed think tanks from South Asia have regularly been organising an international training programme on this useful economic model every year. Thus, the 12th South Asian Training Programme on CGE Modelling is going to be held on August 19-23, 2019 in Cox’s Bazar. Many national and international trainees from other South Asian countries are expected to join this prominent training programme. The programme will be jointly organised by South Asian Network on Economic Modelling (SANEM), Dhaka, the Centre for WTO Studies (CWS), New Delhi, and the South Asia Watch on Trade, Economics and Environment (SAWTEE), Kathmandu.

Fortunately this year, I have been selected as a participant along with others with 100 per cent scholarship for this training programme from Bangladesh.

The main objectives of the five-day-long training programme are to impart basic knowledge of theory and applications of CGE model to the researchers in South Asia, enhance policy research capacity using CGE models on issues related to the inter-linkages between trade, climate change, and food security, and expand the network of South Asian researchers. Dr. Selim Raihan, Executive Director, SANEM and Professor, Department of Economics, University of Dhaka, will be the Instructor of the training programme.

What are the CGE models?

Like other economic models, CGE models fit economic data to a set of equations which aim to capture the structure of the economy and behavioural response of different socio-economic agents (e.g., firms, households, government). One of the benefits of using this CGE model is that it offers a framework to simulate policy changes and hunt down the impact on key economic variables, including income and expenditure flows.

Why do economists use CGE models?

CGE models take into account the interdependencies between different sectors, agents, and markets in the economy. CGE analysis can, therefore, shed light on the broader economic impact of policies and sometimes reveal their indirect or unintended effects.

Since CGE models are grounded in economic theory, results can be explained using economic intuition, with the advantage that the economic impact can also be quantified using real data.

CGE models capture both the economy's supply and demand side and therefore allow for an adjustment in both quantities and prices following a policy shock.

Their main strength lies in their flexibility, as they can be adapted to simulate a wide range of policies and shocks.

CGE models are widely employed by governments, international and research organisations, academics, and private sector consultancies. The World Bank, OECD, IMF, HMRC, PWC have all made use of CGE frameworks in the past.

How are CGE models different?

Unlike partial equilibrium models, which focus on one section of the economy only, CGE models capture the entire economy and take into account the interactions and knock-on effects between its different segments.

In contrast to input-output models, which capture only the demand side and assume there are no capacity constraints, CGE models incorporate the supply side and hence allow for price movements.

Each industry’s value-added consists of composite labour and composite capital, following a Constant Elasticity of Substitution (CES) specification. Different categories of labour are combined following a CES technology with imperfect substitutability between different types of labour. Composite capital is a CES combination of the different categories of capital. It is assumed that intermediate inputs are perfectly complementary, and are combined following a Leontief production function.

Several policy simulations are possible to engender using CGE simulation framework. Some are given below:

•             Changing indirect tax rates. For instance, these may include VAT rates, excise rates, import duties, supplementary duty and other rates.

•             Altering the direct tax rates. For instance, these may include personal income tax rates, and corporate tax rates.

•             Expanding the coverage of the government expenditure programme both recurrent and capital. For instance, full or partial indexing of pay-allowance item to CPI.

•             Re-setting the growth rates of various components of money and credit. They include private credit growth; net other asset growth, etc. Variations in them affect net domestic assets leading to changes in the money supply.

•             Re-setting the growth rates of the various balance of payment. For example, they include current transfer; loan disbursement, grant disbursement. Variations in them affect current account balance and resources for deficit-financing implicating the requirement for bank borrowing.

In the last decade, we have experienced a proliferation of computable general equilibrium models, having significant policy implications for the developed and developing countries. In Bangladesh, economists are increasingly relying on this model to forecast the possible impact of different public policies. CGE models, given their theoretical framework, are indeed better suited to simulate economic policies than other forms of modelling, such as linear programming and other resource-gap models. The policymakers, therefore, should put emphasis on increasing the proficiency of this particular economic modelling. Having said that, I hope the “12th South Asian Training Programme on CGE Modelling” will enhance the policy research capacity of the selected participants from different South Asian countries.

The writer is a Lecturer at Bangladesh Army International University of Science and Technology (BAIUST), Bangladesh.