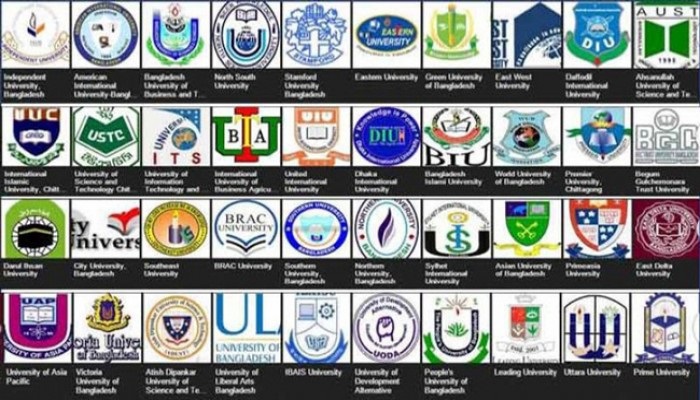 The government is set to go tough on offending private universities, particularly those which were yet to comply with rules to relocate to their own campuses from rented ones.

Sources at the University Grants Commission (UGC) said the Education Ministry sent a letter to the UGC last month, asking the latter to submit a report to the ministry regarding the permanent campus of the private universities.

The UGC committee has already started inspection of the universities and is urging the educational institutions, which failed to move to their permanent campus, to apprise them about the latest situation.

The UGC committee called the authorities of Manarat International University (MIU) and University of Development Alternative (UDA) on July 11 to know about the latest progress of their own campus.

The commission will gradually call all the 32 universities that failed to move to their permanent campus even after the expiration of their deadlines.

The University Grants Commission will submit a report to the Education Ministry following its inspection and taking interviews of the university authorities.

Later, the ministry will follow its next course of action based on the report, said a UGC official.

There are 104 private universities as of now, the first one of which came into being in 1992 in the country.

Of the 104 universities, fifty-two are supposed to shift their activities to own campus by December 2017.

Earlier, the government also gave six deadlines to the universities to shift their campus but only 20 of them complied with the timeframe in the last 27 years while the remaining 32 are yet to do the same showing various excuses.

Earlier, Education Ministry warned that the enrollment of new students into the private universities will be stopped as they have failed to move to their own campus despite getting enough time, but the ministry did not take any action.

According to the UGC, the 32 universities are yet to shift their all activities at their own campus following the private university act-2010.

The 32 defaulted universities are still running their academic activities in different rented buildings that are also housing businesses like beauty shops, shoe outlets, restaurants, super shops, diagnostic centres and such like. According to the government rules, a private university should operate in a permanent campus within seven years of its establishment, but many of them are violating the rules, and making money in the name of imparting higher education.

Education Ministry’s additional Secretary M Abdullah Al-Hasan Chowdhury said: “We will take action against the private universities that made little progress to relocate to their own campus.”