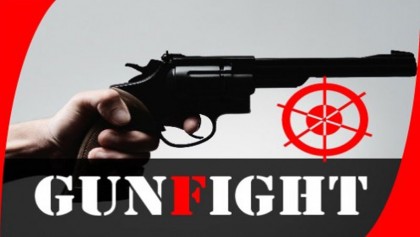 A suspected woman drug dealer was killed in a reported gunfight with police at Shikalgera pahar area in Teknaf upazila of Cox’s Bazar on Wednesday morning.

The deceased was identified as Hamida Begum, 32, wife of Shami Uddin, hailing from Hila Jadimora at Shikalgera area of the upazila.

Police claimed that two police members were also injured in the gunfight.

The gunfight took place at Hila jadimora near Shikalgherapahar area under Teknaf upazila this morning.

Pradip Kumar Das, officer-in-charge (OC) of Teknaf Police Station said that the police went to raid the area in the night, sensing the presence of law enforcers; the drug traders opened fire on them, forcing them to fire back, triggering the gunfight.

At one stage, that Hamida was caught in the line of fire and sustained bullet injuries and taken to Upazila Health Complex where duty doctor declared her dead, the OC said.

Later, the body was sent to Cox’s Bazar Sadar hospital morgue for an autopsy, he added.

Pradip Kumar adding that the Law enforcers also recovered a LG and 2,000 pieces of Yaba from the spot