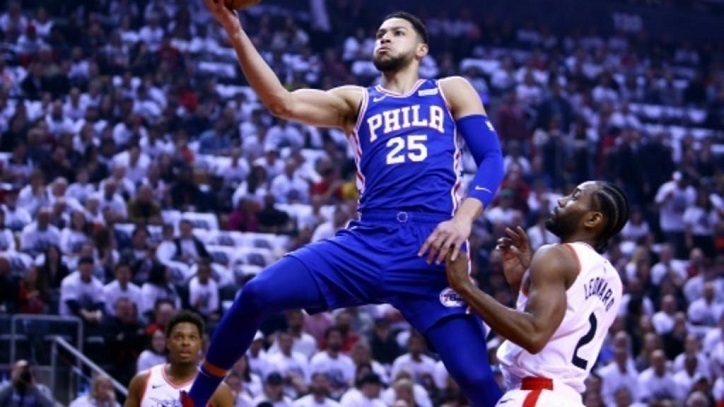 Ben Simmons, newly signed to a five-year, $170 million contract extension with the NBA's Philadelphia 76ers, confirmed Tuesday he won't play for Australia at the World Cup.

In a statement posted on Twitter, the Melbourne-born star said he wouldn't make the trip to the FIBA championship that tips off in China on August 31.

"I wanted to let everyone know that after consulting with my representation, I've made the difficult decision to forego playing in the World Cup in China," Simmons said.

"Ultimately, we decided it was best that I use the time in September to return to Philadelphia to acquaint myself with my new teammates and prepare for the upcoming NBA season."

Simmons' agent, Rich Paul, had already indicated in comments to ESPN on Saturday that it was "doubtful" Simmons would play for the Boomers in the tournament, even though the 22-year-old had said in May he was looking forward to representing his country.

"I will still be heading back home to Australia to host my camps as well as train and play with the Boomers in the upcoming exhibition games," Simmons said, referring to the August 22 and 24 friendlies against the United States in Melbourne.

"I'm really excited about the talent we have on the Boomers squad, especially moving closer to 2020 where I will be honored and humbled to represent my country on the world's biggest sporting stage at the Olympics in Tokyo."

He averaged 16.9 points, 8.8 rebounds and 7.7 assists for the 76ers last season, when he was named an NBA All-Star for the first time.