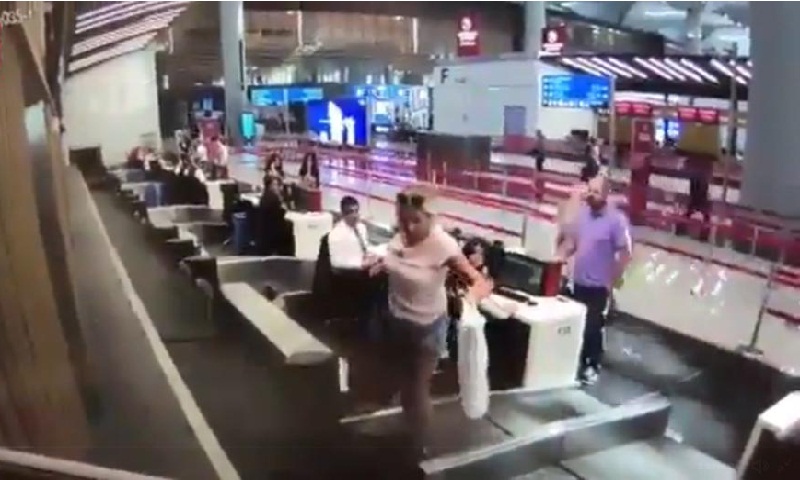 Travelling can be a tedious task for many. While frequent fliers may find the process of boarding flights monotonous, new fliers can easily get confused by the entire boarding process. In fact, a video circulating online captures just how confusing the process can be for someone taking their first flight. The video shows a woman climbing on the luggage conveyor belt at the check-in counter. According to reports, she thought that was the way to reach the plane.

The video was recorded on a CCTV camera at Istanbul Airport in Turkey, reports The Sun.

The video, that’s made its way to social media, shows the woman at the check-in counter. She is seen casually stepping onto the conveyor belt after checking-in her luggage. Seconds later, she even falls on the belt as confused airport staff rush to try and help her.

This isn’t the first time an incident like this has taken place. In October last year, a curious child in China climbed into and later emerged out of an X-ray machine during a security check at a railway station. A video of the incident subsequently went viral.

A similar incident took place in February last year as well. A woman had climbed into an X-ray machine in Dongguan, China so she could protect her bag from being stolen. A video of the incident circulated widely on social media. It showed pictures of the woman’s silhouette inside the machine, reports HT.