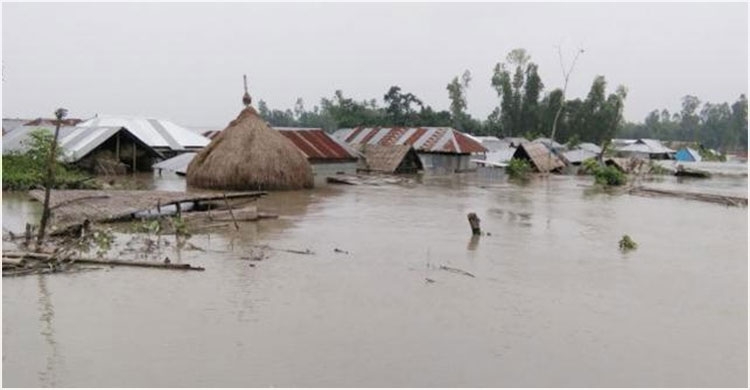 The flood situation worsened in various parts of the district on Wednesday as the Brahmaputra and Dharla rivers kept flowing more than a metre above the danger level.

At least 10 deaths have been reported from the district in the last three days with the rising water leaving nearly 4,00,000 people marooned.

The flood has also led to a shortage of drinking water, food, and fodder. Many are also suffering from water-borne diseases.

Hafizur Rahman, deputy commissioner of Kurigram district, said the administration has made fresh allocations of three metric tonnes of rice and Tk 2 lakh for the flood victims.