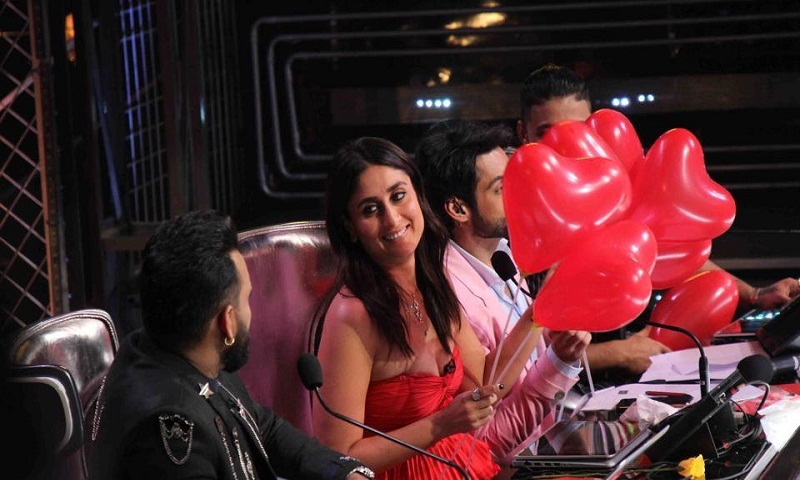 Actor Kareena Kapoor Khan, who made her small screen debut with the dance reality show Dance India Dance, is reportedly earning a pay cheque of Rs 3 crore per episode, fresh reports suggest. The actor -- who is at present in London for a holiday and to complete the shoot of Angrezi Medium.

This is the first time the actor has been seen on TV.

Just ahead of the show’s premiere on June 22, rumours claimed that Kareena was charging a huge amount and was among the top paid actors on Indian TV. Reacting to the reports, Kareena told PTI, “The pay package has to be a good amount because you put in a lot of hard work on TV. If a male judge is getting so much, a female judge can also.It is the first time ever that any mainstream actress has forayed into TV, a dance reality show, at this point in her career. I’ve got what I completely deserve and for the hours that I will put in.”

She also talked about getting other offers before Dance India Dance: “TV has very long hours of timing, 12-14 hours and I don’t work more than 8 hours after Taimur’s birth. I’m a working mother and I have to be home with him. I like to be at home before he eats his dinner. That’s the time I don’t want to be with anyone other than him and my family. That was the only hurdle we had to cross with Dance India Dance because they had to shoot for 12 hours. We are balancing it out.”

Apart from Dance India Dance, Kareena will be seen in Good News with Akshay Kumar, Diljit Dosanjh and Kiara Advani. She has also shot for Irrfan Khan’s Angrezi Medium. The actor has signed on for Karan Johar’s Takht where she will reportedly play Begum Jahanaara.