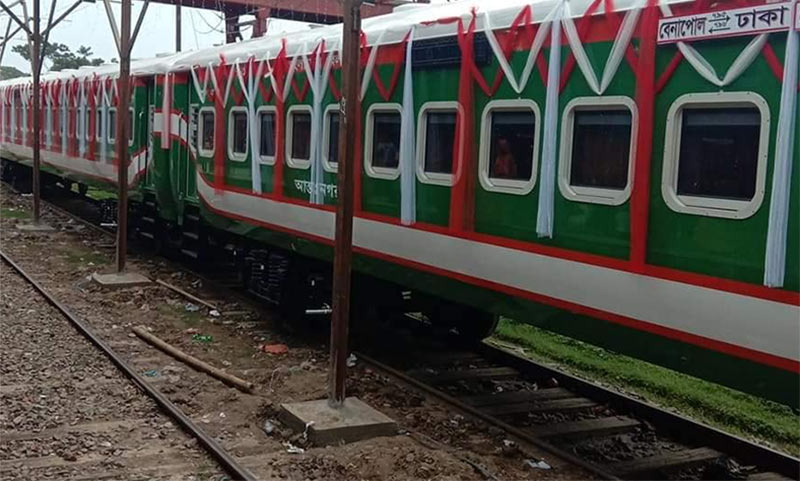 Benapole Express, a new intercity train to ply between capital Dhaka and country’s largest land port at Benapole, will start its journey on Wednesday.

Prime Minister Shiekh Hasina will flag off the ‘Benapole Express’ train through a video conference from Ganobhaban in the capital.

She will also inaugurate the extension of Dhaka-Rajshahi non-stop intercity ‘Bonolata Express’ train services to Chapainawabganj.

The Benapole Express train with 896 seats in 12 compartments will travel between Benapole and Dhaka everyday with stopovers in Ishwardi, Jashore and Dhaka Airport stations.

The train will leave Benapole at 11.30am and reach Dhaka at 7pm, while it will depart Dhaka for Beanpole at 12.30am and reach the destination at 8 am, officials said.

The coaches of the train were procured from Indonesia and already have gone for trial.

People will be able to avail the train service during their coming Eid journey.