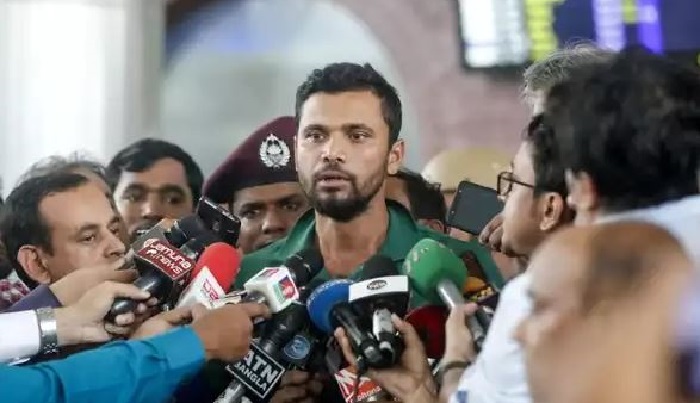 All the speculations surrounding Mashrafe Mortaza's international career were laid to rest as BCB named him in the squad for the upcoming tour of Sri Lanka. The allrounder will stay on as captain.

"We didn't make big chances from the World Cup squad here. As we don't have Shakib and Liton, we include two players in their places and dropped one player, " Chief selector Minhajul Abedin said.

"We need a left-arm spinner so Taijul is going with the team. He is now playing in India. Anamul Haque is going there as a replacement of Liton.

"We have five one-day matches against Afghanistan A at home and our BCB XI is also participating in a four-day tournament in India. To cope up everything, we made a 14-member squad. In Sri Lanka, we have just three ODIs," Abedin said.

"Anamul has been performing consistently in domestic matches. He is doing well in both longer version and ODI format. We included him keeping all these in our mind. He is playing for A team and the High Performance head coach gave us positive feedback about him. Because of that we included him in the squad."

'We didn't change much in the middle-order so Yasir Rabbi could not get a place here. We keep him as stand-by. We need a batsman at top-order so we pick Anamul.

Bangladesh's tour, comprising three ODIs, will be played on July 26, July 28 and July 31 at the R Premadasa stadium in Colombo.