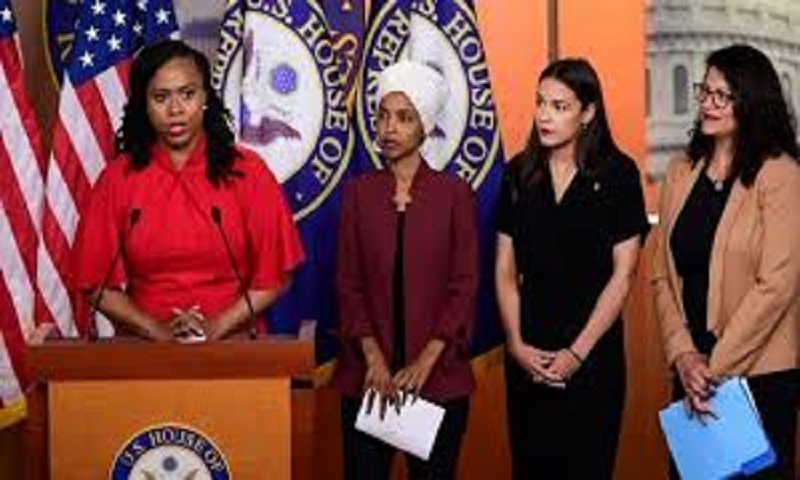 The four US congresswomen attacked by US President Donald Trump in tweets widely called racist have dismissed his remarks as a distraction.

Representatives Alexandria Ocasio-Cortez, Ilhan Omar, Ayanna Pressley and Rashida Tlaib urged the US people "not to take the bait" at a Monday news conference.

Mr Trump had suggested the four women - all US citizens - "can leave".

He has defended his comments and denied allegations of racism.

The president did not explicitly name the women in his initial Twitter tirade on Sunday, but the context made a clear link to the four Democrat women, who are known as The Squad.

He sparked a furore after saying the women "originally came from countries whose governments are a complete and total catastrophe" and they should go home.

Three of the women were born in the US and one, Ms Omar, was born in Somalia but came to the US as a child.