Sequel of ‘Lady Killer’ set to hit this Eid-ul-Azha 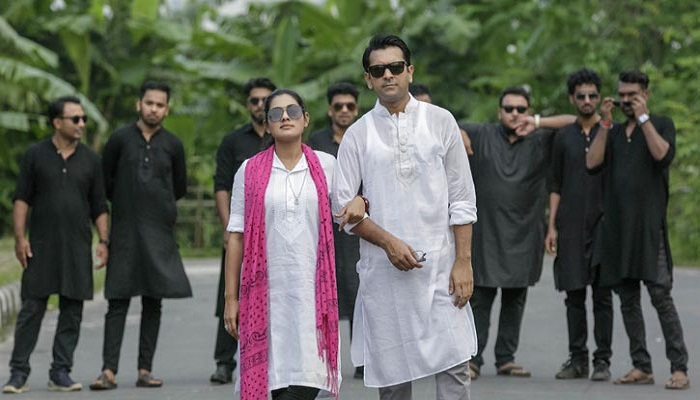 Tahsan Khan and Nusrat Imrose Tisha were paired up for ‘Lady Killer’ last year’s Eid-ul-Fitr that won the viewer’s heart.

Centring the upcoming Eid-ul-Azha, they will be seen in the sequel titled ‘Lady Killer 2’ by the same director Mabrur Rashid Bannah.

The shooting of the tele-drama has been finished on July 14. Now the drama is being edited.

Speaking on the drama, Mabrur Rashid said they have started the sequel just where it ended last year. Since ‘Lady Killer’ has been viewed by more than 3.2 million spectators, now they are also expecting that ‘Lady killer 2’will also win the viewers’ hearts.

The drama will be telecasted on TV channel Banglavision. Jerin Khan Ratna, Siyam Nasir, Ivan Sair, Shamim, Bacchu will also be seen in the drama.