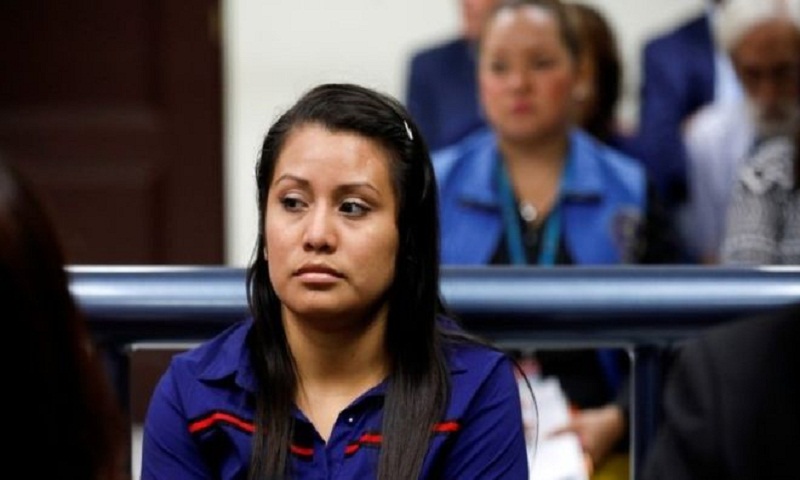 A woman in El Salvador has pleaded not guilty at her retrial to charges of aggravated homicide after her baby died when she gave birth in a toilet.

She has said the baby was stillborn, but prosecutors say it was an abortion.

El Salvador has some of the world's strictest anti-abortion laws.

Evelyn Beatríz Hernández Cruz, 21, had served nearly three years of a 30-year sentence when she was released in February.

Following an appeal, a court ordered she be retried, but granted she could live at home during the process.

Prosecutors claim she is guilty because she did not seek maternity care, but she maintains that she never knew she was pregnant.

Dozens of supporters held a protest outside the court near the capital, San Salvador, calling for a change in the legislation.

This is the first retrial of an abortion case in El Salvador.

The country outlaws abortion in all circumstances, and dozens of women have been imprisoned for the deaths of their foetuses in cases where they said they had suffered miscarriages or stillbirths.

There are hopes among human rights groups that the new government of President Nayib Bukele, who took office in June, could usher in a more lenient stance on the issue.