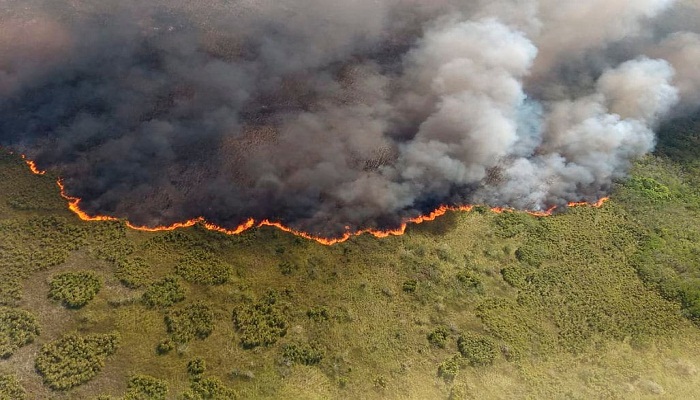 A fire in the Sian Ka'an nature reserve on Mexico's Yucatan Peninsula spread to more than 6,000 acres (2,500 hectares) on Monday, with just 30% under control.

The fire's advance across the brush and high grass has slowed but continues to burn, said the Environment Department of Quintana Roo state. The ruin site of Muyil, which was once an important stop along Mayan trade routes, was closed until the danger had passed, authorities added.

"This fire is taking place in a region of savannah that is very difficult to control because it's basically high grass where the fire spreads rapidly," he said.

More than 50 firefighters and a water-dropping Air Force helicopter are working to control the flames.

The Sian Ka'an reserve on Mexico's Caribbean coast is a UNESCO World Heritage site and an important tourist destination. It includes jungle, wetlands, coral reef, and Mayan archaeological sites, in addition to pumas, monkeys and crocodiles.

The fire is located about 19 miles (30 kilometers) south of the popular beach town Tulum.