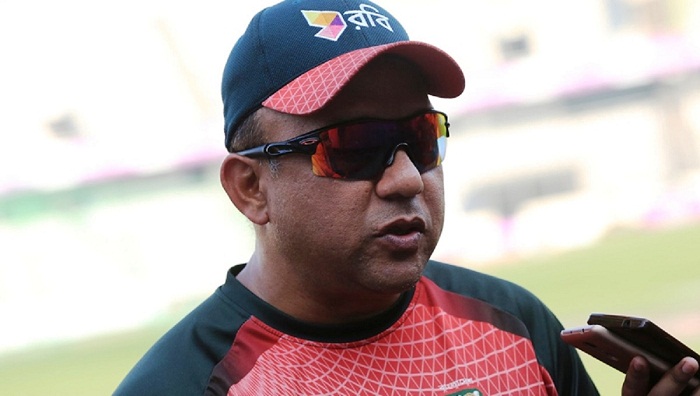 Chairman of Cricket Operation committee of Bangladesh Cricket Board (BCB), Akram Khan, on Monday said BCB director Khaled Mahmud might be appointed as the interim coach of the national team.

“For now, Sujan (Khaled Mahmud) will take charge of the head coach. In the meantime, we are trying to appoint a new head coach. We will confirm whether Sujan will be appointed as an interim coach within two-three days,” Akram told the media at Sher-e-Bangla National Cricket Stadium on Monday.

Khaled Mahmud had performed the duty of an interim head coach last year when Sri Lanka and Zimbabwe toured Bangladesh for a tri-series.

While talking to the media recently, Khaled Mahmud said he is up to take the role. But at the same time, he looked reluctant to take charge for the short-term basis.

“I am always available to take the role of the head coach of the Bangladesh national cricket team. But I need to think about the short-term proposal. If the board proposes me for a long-term agreement I would resign from the post of the director of BCB,” Khaled Mahmud recently told the media.

At the same time, the board might include Wasim Jaffer in Bangladesh’s coaching staffs during their Sri Lanka tour as the batting consultant, since the current batting coach Neil McKenzie might not be available during the upcoming three-match series.

Bangladesh will fly for Sri Lanka on July 20. The three-match series will take place on July 26, 28 and 31 at R. Premadasa International Cricket Stadium in Colombo.