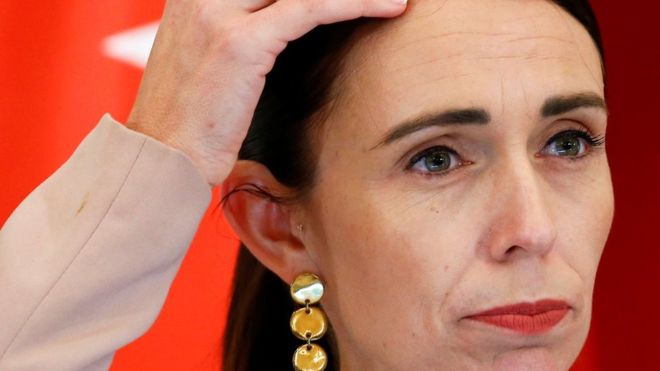 New Zealand's Prime Minister Jacinda Ardern joked that she has been "traumatised" by her country's Cricket World Cup defeat after they lost a nail-biting final to England.

But she told news outlet RNZ that she was "incredibly proud" of the team.

On social media many said New Zealand's Black Caps had lost the game but "won our hearts".

"I think probably like a lot of New Zealanders I'm still feeling quite traumatised by that match," Ms Ardern told Radio New Zealand.

"But regardless of that final outcome I just feel incredibly proud of the Black Caps, and I hope every New Zealander does because they played remarkable cricket."

In an Instagram post, Ms Ardern sent her congratulations to England, adding: "I think as a nation we all aged a year in that super over."

Even the Royal Family's Twitter account quoted the Queen as saying "New Zealand... competed so admirably throughout the tournament".

The match on Sunday was New Zealand's second successive defeat in a Cricket World Cup final. The team also lost to Australia in 2015.

But despite their loss, many praised the players for showing true "sportsman spirit".

He also apologised to New Zealand fans, saying he was "sorry we couldn't deliver what you so badly wanted".

His teammate Ross Taylor posted a picture with his smiling daughter and grief-stricken young son, writing, "the mixture of emotions after a game like that!"