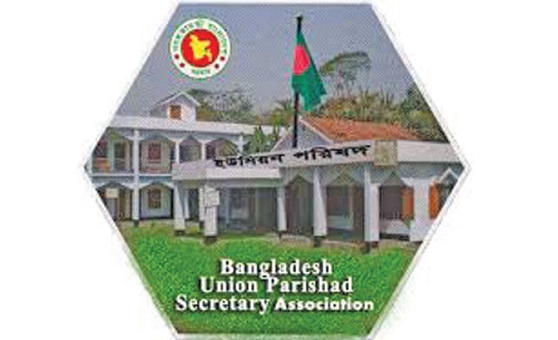 The Union Parishads are an integral part of the overall governance process of the country. Being closer to the community, the development activities and the services provided by the Union Parishads have immediate impacts on peoples’ lives. The functions and services efficiently delivered by the Union Parishads also ensure productivity and efficiency and cost-effectiveness and thereby improve the overall governance. As these local government institutions are nearer to the community, these can ensure their participation in the planning and implementation of development programs and projects; monitoring of various local institutions like schools and colleges, hospitals and other publicly funded institutions and organizations and mobilization of local resources. On the other hand, Union Parishad as the representative organization of the people can ensure the accountability of other agencies working at that level. It is believed that if governance has to improve local government institutions need to be strengthened for effective role performance.

Union Parishad, the lowest tier of the local government bodies in Bangladesh. Though important, it is not the sole determinant entity to ensure good governance at that level. A number of other elements also contribute to the local governance process and constitute the local governance environment. These elements include the Union Parishad, government line departments and its officials working at the field level especially at the Union and Upazila level; the local community; NGOs and the civil society organizations including media functioning at the local level. Harmonious and synergic interactions among the above stated components are essential for having the desired level of governance i.e., good local governance. The UP consists of an elected body that includes one chairman, elected by the total electorate of the whole Union, nine members, one from each of the nine wards and three women members elected from reserved seats for women (1 woman from every three wards). The UP has a full-time secretary, appointed by the Deputy Commissioner, head of district administration, and the local police called chowkidars. The secretary is responsible for accounting and record-keeping and all kinds of registration.

The important functions that the UPs are to undertake include, among others, maintenance of law and order; adoption and implementation of development schemes in the field of agriculture, forest, fisheries, livestock, education, health, cottage industries, communication, irrigation and flood protection; promotion of family planning; development and generation of local resources and their uses; protection and maintenance of public property; monitoring the development activities of all agencies at the union level etc. The functions of UP are wide ranging and do not correspond with the allocated resources. In reality, the UPs are mostly involved in the selection and implementation of small development schemes, sanitation programs, local level revenue collection, registration of births and deaths, social safety net activities such as distribution of relief goods and vulnerable group feeding (VGF), preparation of list of beneficiaries of different safety net programs, and employment generation through food/cash for work activities; and  maintenance of law and order including conflicts resolution and administration of justice (village court). The UPs are required to establish Standing Committees chaired by an UP member and composed of members of the civil society on different subject areas. In addition, local communities are also involved in the implementation of development schemes. However, in reality, the Standing Committees are not truly operational though they are constituted according to the legal provisions.

Effective and efficient performance of functions and responsibilities require a certain level of management, capacity and competency. However, different research studies have revealed that the UPs have inadequate management capacity and lack competency in different areas related to their functions and responsibilities. In most of the cases, they do not have competencies in office management, budget preparation, planning, implementation and monitoring of development projects, procedural aspects of Gram Adalat and personnel management of the staff of the Parishad. Financial resources of UPs include receivables from sources like own revenues, shared revenues, and transfer from central government and project. Own revenues consist of the holding tax, trade and business licence fees, registry fees and other minor fees. But the scenario of tax collection, especially holding tax though improved over time still needs further improvements. A number of reasons are responsible for the situation, such as, perceived risk of losing popularity, lack of required skills/competency to assess taxes, lack of adequate manpower at the disposal of the Union Parishads to engage for revenue collection and finally, reluctance on the part of the people to pay local taxes. As a result, the chairmen and members of the Union Parishads observed to be reluctant to collect revenues even from the conventional sources. Until recently, the Union Parishad chairmen and members were not aware and familiar with the terminologies of accountability and transparency and their importance. But for achieving legitimacy and public acceptability, accountability and transparency of operations and functions of any institution are essential. The Union Parishad legal framework made some provisions for accountability and transparency of their activities and functions. Transparency can also be achieved through dissemination of information to the general public. On the other hand, the local communities also lack awareness about the existence of such provisions in the Union Parishad legal provision.

The Union Parishads are the oldest and longest functioning local government institutions in the country. With time, many changes have been brought with respect to their functional jurisdiction. There has been concerted effort especially from the government and other entities to improve and strengthen their position in the area of resources provisioning and capacity building in delivering services and implementation of different projects and programs. People living in rural areas always look upon the Union Parishads for different purposes that are associated with their lives and to address many of their problems. However, to live up to the expectations of the people, the Union Parishads as a local body still need to travel a long way in terms of capacity, resources, transparency and accountability. Only strong and capable Union Parishads will be able to make significant positive contributions in ensuring good governance at this particular level.