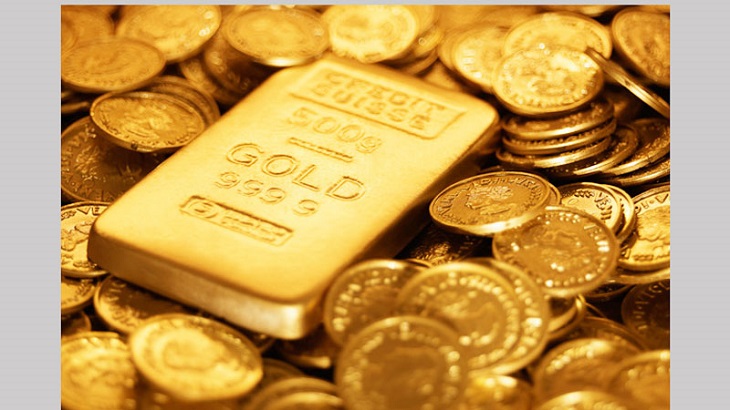 Gold trafficking continues unabated, with smugglers now using ‘aircraft staff’ to get the precious object out of the airport vicinity.

A powerful smuggling gang has joined hands with some rogue aircraft staff that are working on behalf of the racket.

The gold is thus carried through the airport evading the eyes of lawmen and customs officials.

Besides, many foreigners are also involved in smuggling the precious metal.

According to the relevant information, during smuggling some gold were caught while carrying.

Law enforcers managed to nab the carriers but the masterminds always remain behind the scene.

As part of this, the authorities carried out a massive operation on two aircraft of Biman Bangladesh Airlines coming from Singapore and Bangkok a few days ago, but they could not recover gold or anything else from there.

A Biman Bangladesh Airlines’s aircraft ‘Arun Alo’ landed at Hazrat Shahjalal International Airport in Dhaka from Mascot via Chittagong at 11:00pm on July 2.

A team of Dhaka Customs House conducted a drive at the aircraft soon after it was landed.

After the passengers left the aircraft, customs officials carried out search extensively inside it, but did not find anything, according to sources.

The authorities had information that Biman’s mechanic Mohammed Afzal Hossain Hawladar was cognizant of where gold was hidden inside the aircraft.

Based on the information, the director of Engineering Department of the aircraft was asked to provide help, and through him, Afzal was called who dug out six bundles of gold wrapped in black tape from a secret place.

Later, the bundles were opened in the presence of different agencies. There were 110 gold bars weighing about 12.76kg and worth around Tk6.38 crore.

As the smuggled goods were recovered from the aircraft, customs officials seized the Boeing-777 ‘Arun Alo’ aircraft and took them into custody. But after a few hours, a security clearance was given to run the aircraft.

A day later, Afzal was taken on a four-day remand in this connection.

Besides, Biman Bangladesh airlines authority suspended him temporary for his alleged involvement with the gold smuggling.

Nur-E-Azam, officer-in-charge of Airport police station, said: “Mechanic Afzal was interrogated to know who were involved in the recovery of gold.”

“During interrogation, some important information came out. We are checking out those information,” he added.

Asked whether any Biman officials were found involved in the incident, he said investigation is also under way to know about that.

On July 7, a Chinese national was detained with 28 gold bars weighing over three kilogrammes at Hazrat Shahjalal International Airport in capital Dhaka. Later, he was placed on a two-day remand by a Dhaka court.

It has been learned that the smugglers were bringing gold in recent times through various ways from Malaysia, Singapore, Bangkok, Dubai, Oman, Kuwait and Saudi Arabia flights.

There are allegations that most of the gold shipments are going out safely from the airport with the help of some dishonest airport officials. Occasionally one or two shipments are caught.

As the international gold smuggling racket is failing to dispatch gold through passengers, they have made a close link with some dishonest staff of the aircraft who work on their behalf.

Primarily, the allegations go to the officers and employees of the engineering department of the aircraft, and then to the cleaners.

Custom officials retrieved gold several times from the hidden space in the airplane. They are suspecting that smugglers bringing gold shipments to the country following the same strategy.

On April 8, the Customs Intelligence and Investigation Directorate officials recovered some 200 gold bars weighing about 23.4kg from two toilets of a Bangladesh Biman Airlines aircraft at Shah Amanat International Airport in the port city.

Shahidul Islam, director general of CIID, said acting on a tip-off, a team of CIID conducted the drive at flight BG-128 of the national flag carrier immediately after the flight from Abu Dhabi landed at the airport.

“The bars were found in two boxes hidden inside the sink cabinets of two toilets in the aircraft,” he said.

The official expressed suspicion over the involvement of flight staff in the incident as the boxes were screwed to the cabinets.