Parineeti Chopra opens up on link-up rumours with Charit Desai 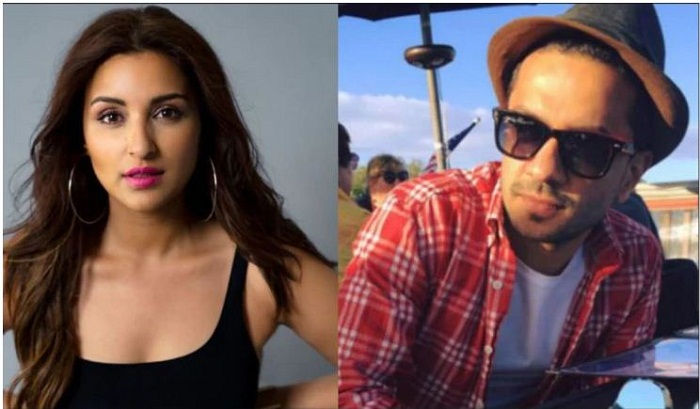 While Priyanka Chopra is busy painting the town red with husband Nick Jonas, cousin Parineeti Chopra is tight-lipped about her relationship status. It was in 2017 that rumours of Parineeti dating assistant director Charit Desai started doing the rounds. While a lot has been written about their love story, Parineeti has neither confirmed nor denied her relationship with Charit Desai.

When Parineeti was recently asked about her relationship status with Charit, the Jabariya Jodi actress told Mumbai Mirror that her family and friends know the truth and that's all that matters to her.

"I've never accepted or denied anything. My family, friends and everybody around know the truth, and that's all that matters to me. I think the media expects us to make an announcement, but hey, it is my personal life for a reason. So yeah, no acceptance and no denial," said the 30-year-old actress.

While Parineeti has refused to comment on her relationship with Charit, her rumoured boyfriend was a part of Priyanka and Nick's wedding celebrations last year.

In November 2018, Priyanka and Nick threw a pre-wedding dinner for family and close friends, and Charit Desai was very much a part of the celebrations. Buzz is that he also attended the couple's wedding at the Umaid Bhawan Palace in Jodhpur.

Charit worked as an assistant director on the Hrithik Roshan and Priyanka Chopra-starrer Agneepath. He has been working with Karan Johar's banner Dharma Productions for several years now. If the grapevine is to be believed, Parineeti and Charit met during the Dream Team Tour in 2016 and instantly hit it off. Charit was entrusted with making the behind-the-scenes videos.

On the work front, Parineeti is awaiting the release of Jabariya Jodi with Sidharth Malhotra. The film is a hilarious take on groom kidnapping that is very much prevalent in some parts of India. The film is set to hit the screens on August 2.