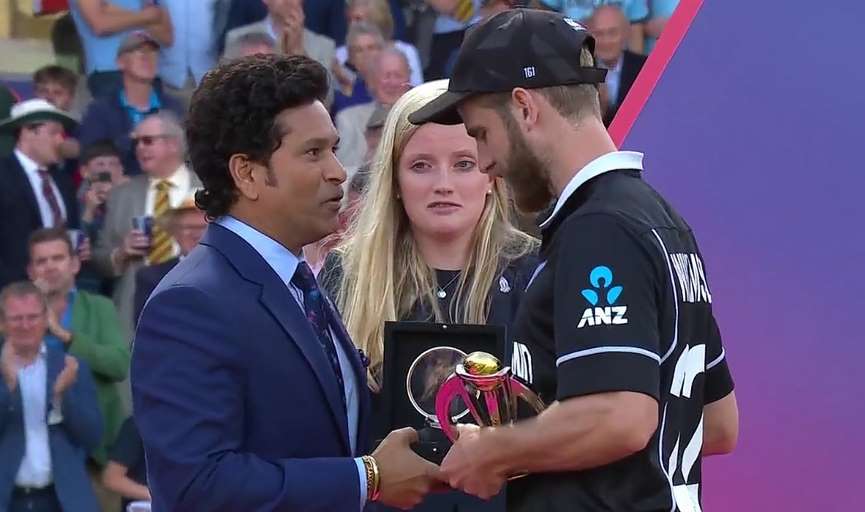 New Zealand skipper Kane Williamson was handed the Player of the Tournament award during the prize giving ceremony at the end of the ICC Cricket World Cup 2019 final at Lord’s Cricket Ground in London on Sunday.

Williamson scored 578 runs having batted in nine innings at an average of 82.47 runs. He was adjudged the man of the tournament for his leadership as captain as well as for carrying his team to the final.

Earlier, Williamson scripted history as he became the highest run scoring captain in a single edition of the World Cup on Sunday. He was one run shy of going past former Sri Lanka captain Mahela Jayawardena’s record and the Kiwi star did so easily during the team’s World Cup final against hosts England.

Jayawardena scored 548 runs in 11 innings in the 2007 edition of the tournament while Williamson took just 9 innings to equal his record and in his 10th innings, he etched his name in history books.