Need nerves of steel to be in Bollywood: Katrina 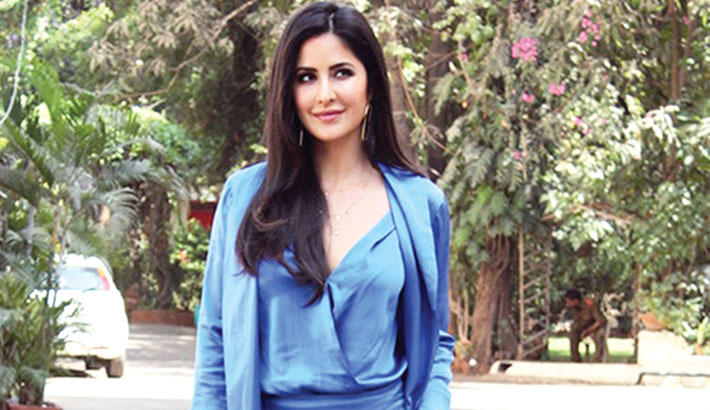 After 16 years of surviving the Bollywood grind grinding with more hits than misses, actress Katrina Kaif, said one needs to have nerves of steel to be in the glitzy world of Hindi cinema, reports Times of India.

"It's not always easy. You need to have nerves of steel to be in the film industry. It's an unpredictable place and no one can guarantee success.

I believe in not taking success to your head, or failure to your heart," Katrina told a news agency.

She tags her 16-year run in Hindi films as a beautiful journey. "It's been wonderful, a lot of hard work but also a lot of love from the audience," she said.

Hong Kong-born British beauty Katrina, who celebrates her birthday on July 16, is currently vacationing in Mexico.  Over the weekend she has been setting social media afire with holiday snapshots and videos on Instagram.

The break comes after hectic months of work when Katrina gave most of her time to her last few releases, 'Thugs Of Hindostan' with Aamir Khan, 'Zero' with Shah Rukh Khan, and 'Bharat' with Salman Khan. Fans loved her performances in 'Zero' and 'Bharat', particularly.

Considering her next release is 'Sooryavanshi' opposite Akshay Kumar, it would seem like she has become the staple choice primarily of the senior superstars in the industry. "I don't really analyse things that much. I prefer looking ahead rather than dissecting the past and believe the best is yet to come," she said.

The Hong Kong-born beauty has had an enviable hit count, of course, over the years. Despite a dud debut in the 2003 crossover film, 'Boom', she soon made her mark with her distinct screen presence in the films to come. Roles in 'Maine Pyaar Kyun Kiya', 'Namastey London', 'Singh Is Kinng', 'Zindagi Na Milegi Dobara', 'Zero' and her latest release 'Bharat' made her a top star.

During her turbulent career, Katrina has had her share of bouquets and brickbats. Today, she has established herself in Bollywood and is one of India's highest-paid actresses, but she still feels she has a long way to go to prove herself.

"(I have) miles to go. The point is to try and get better, to portray different characters, and to work harder with every film," she said.

Katrina is counted among Bollywood's top dancers what with blockbusters such as 'Chikni Chameli', 'Sheila ki jawaani' and 'Kamli' and she has now added another feather to her cap. She is now venturing into film production. She is looking forward to bankrolling some great stories.