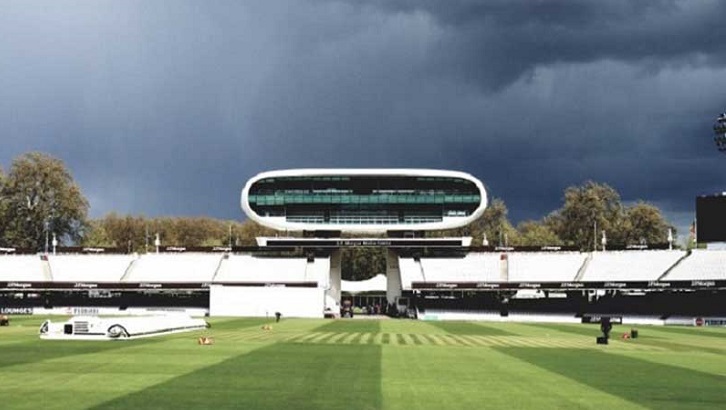 A pitch invader's attempt to gatecrash the Cricket World Cup final to advertise an adult website was cut short by on-the-ball stewards at Lord's on Sunday.

Zdorovetskiy's mother, Elena Vulitsky, tried a similar stunt at the "home of cricket" during the match between England and New Zealand on Sunday but quick-thinking stewards grabbed her.

"My mom is crazy!!!!!" tweeted Zdorovetskiy, alongside a picture of Vulitsky's aborted attempt.

According to Wolanski, an attempt to invade the pitch during the Copa America final earlier this month briefly landed her and Zdorovetskiy in a Brazilian jail.