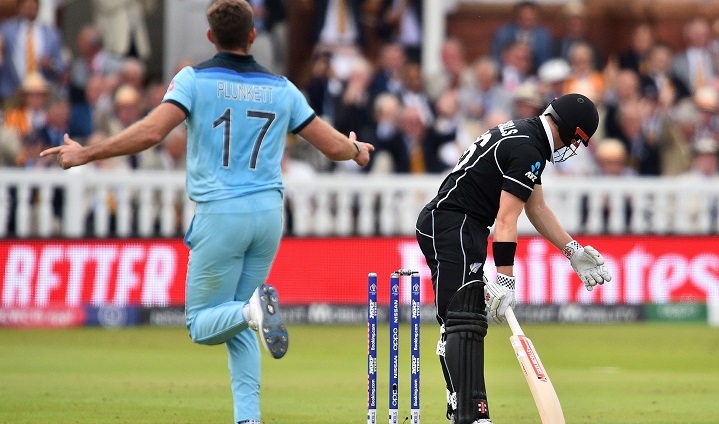 New Zealand opener Henry Nicholls went back to the pavilion after scoring a sensible fifty against England in the World Cup final at Lord's on Sunday.

Nicholls scored 55 off 77 hammering four fours. He was bowled out by Plunkett. New Zealand captain Kane Williamson was also taken down by Plunkett.

New Zealand scored 127 for three after 30 overs of the game. Taylor and Tom Latham were on the crease scoring 3 and 2 runs respectively.