Mashrafe begins practice amid concern over his Sri Lanka tour 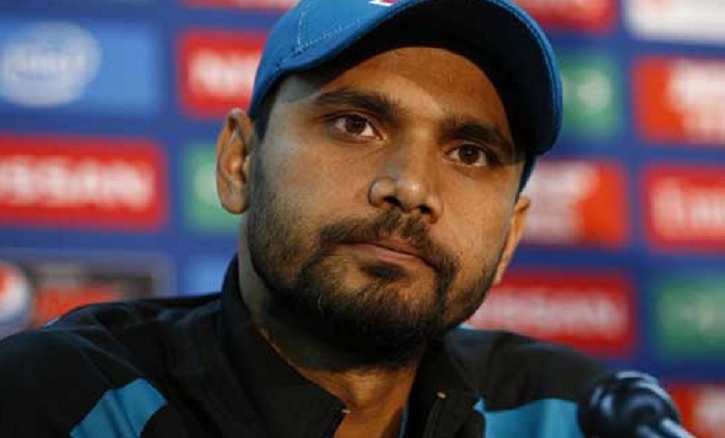 Amid the widespread apprehension over his Sri Lanka tour following a hamstring injury that kept him at bay throughout the World Cup, Bangladesh captain Mashrafe Bin Mortaza began practice at the Sher-e-Bangla National Cricket Stadium on Sunday, reports BSS.

He was seen spending busy time in gymnasium and latter running at the Stadium, indicating enough the captain, dubbed as the fighter won’t give up the hopes of playing the three-match ODI series in Sri Lanka later this month.

He has a fitness issue as he suffered a hamstring injury during the tri-nation series in Ireland but he played the whole World Cup through the injury. However injury didn’t allow him to bowl his best as he returned with his worst bowling performance in the cricket’s biggest extravaganza.

Mashrafe picked up just one wicket in eight matches at an average of 361, his worst performance in his entire career.

The performance sparked a debate whether he should get a place in the Bangladesh team in World Cup. And at the same time his retirement issue came to the fore.

But Mashrafe, also a lawmaker, who earlier termed this World Cup as his last, didn’t say anything about his retirement from the International cricket.

It was widely believed that he would walk into the sunset after the completion of Bangladesh’s World Cup journey. However he didn’t give any announcement in this regard.

Later Bangladesh Cricket Board (BCB) president Nazmul Hassan Papon revealed that they want to give Mashrafe a fitting farewell, by organizing a tournament in the country even though Bangladesh haven’t have any ODI series scheduled in the country in this year. Mashrafe is only playing ODI format.

He had already retired from T20 cricket and didn’t play any Test since 2009. He didn’t officially retire from Test cricket though.

That Mashrafe is keen to play in Sri Lanka and was cleared by selector Habibul Bashar Sumon, who said Mashrafe needs to go through a fitness test to make him available.

However BCB president Nazmul Hassan Papon later said Mashrafe could miss the series due to his injury.

“I heard Mashrafe is not fit though he has not the MRI. Shakib is going for Hajj. He won’t be available in the next series. Liton asked for leave for his wedding. This three have good chances of not being available for the next series [against Sri Lanka],” Papon told the reporters in London on Saturday.

Mashrafe in fact didn’t miss any series since being appointed as captain in 2014. And the captain, who had eight operations on his both knees and went through numerous injuries in his career, played most of the series through the injury since 2014.

Earlier Papon termed Mashrafe as irreplaceable as the captain, saying that they won’t get any captain like him in future.