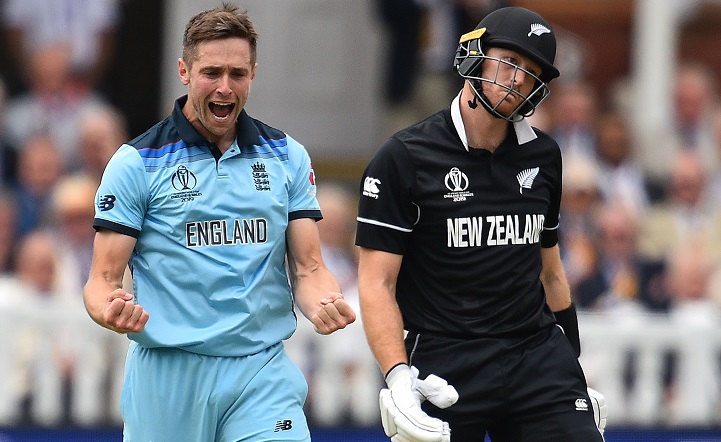 New Zealand opener Martin Guptill fell down after scoring 19 off 18 balls against against England in the World Cup final at Lord's on Sunday.

New Zealand scored 31 for one after nine overs of the game. Henry Nicholls and Kane Williamson were on the crease scoring 10 and 0 runs respectivly.