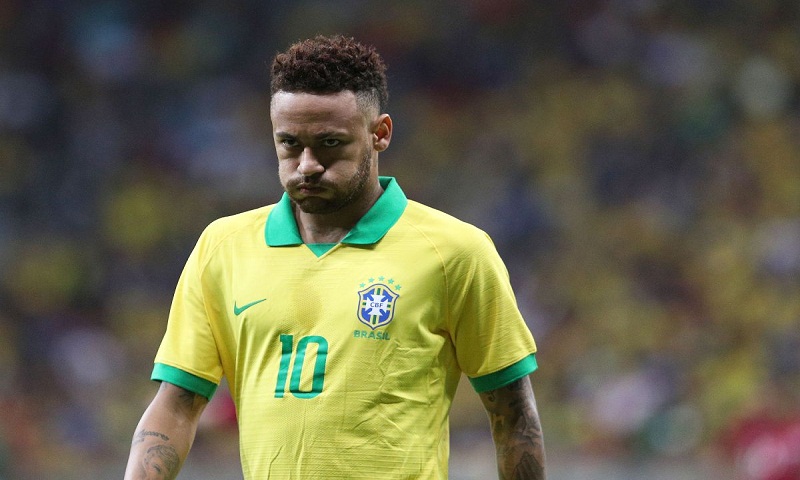 Paris Saint-Germain forward Neymar said Saturday that he has almost fully recovered from an ankle ligament injury that ruled him out of Brazil’s home Copa America triumph.

The 27-year-old has been sidelined since suffering the setback in Brazil’s 2-0 friendly victory over Qatar in Brasilia on June 5. Despite the absence of their talisman, the five-time world champions won football’s oldest international continental tournament for the ninth time by defeating Peru 3-1 in last Sunday’s final at the Maracana stadium in Rio, the Xinhua news agency reported.

“I’m almost 100 per cent fit, I only need to train,” Neymar told reporters during a five-a-side tournament for his charity in Praia Grande, near Sao Paulo.

The former Barcelona and Santos star made brief appearances on the pitch at the Neymar Jr Institute in both the men’s and women’s competitions – which included players from 42 countries and regions – alongside his seven-year-old son Davi Lucca.

News of his return to fitness coincides with mounting speculation linking the Brazil No. 10 with a return to the Camp Nou.

The Catalan club’s president, Josep Bartomeu, said last week that Neymar wanted to leave the French club. And the reports in Spanish media have claimed he is willing to take a pay cut to facilitate a return to Spain.

Neymar has scored 34 goals in 37 top-flight matches for PSG since his world record 222 million-euro move from the current La Liga champions. But his time in Paris has been blighted by injuries and off-field controversies.

He missed the final three months of the 2017-18 season with a fractured metatarsal and was again sidelined for most of last season with a recurrence of the same injury.

His disciplinary indiscretions include a physical attack on a fan that earned him a three-match ban by the French Football Association. He will also miss the next three UEFA Champions League matches for insulting officials on social media.

Neymar was stripped of Brazil’s captaincy in May and replaced by his close friend Dani Alves.

The Brazilian’s entourage has said that PSG were previously notified that the attacker would only return on July 15.