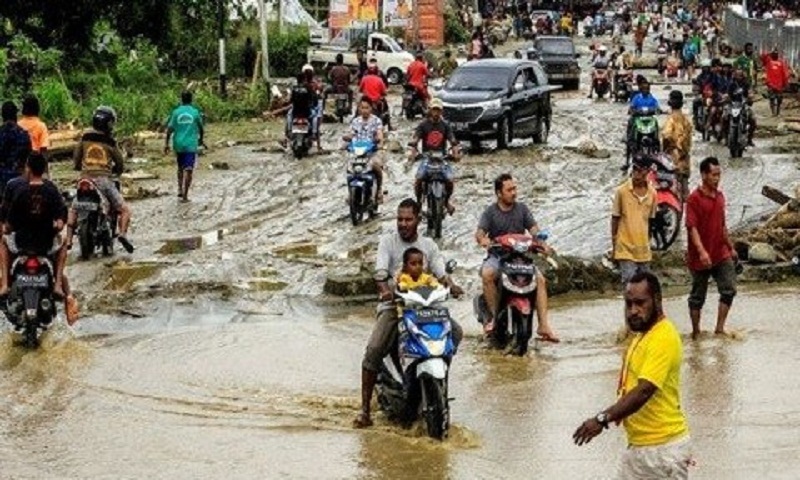 At least 43 people, including 18 women, were killed and 20 others injured in floods and landslides triggered by torrential rains in various parts of Nepal, police said.

Twenty four people have been reported missing in the rain-related incidents that displaced settlements and disrupted vehicular traffic, the Himalayan Times reported on Sunday.

Heavy rainfall since Thursday hit more than 25 districts in the hills as well as the southern plains of the country, affecting 10,385 households.

Police rescued 1,104 people from several places across the country with 185 alone from Kathmandu.

According to Nepal Police, a total of 27,380 police personnel have been deployed across the country for search and rescue operations.

The Flood Forecasting Section (FFS) said that monsoon is active and the rainfall will continue for two to three days in most places across the country, the report said.

The Meteorological Forecasting Division (MFD) warned the public to remain on high alert and said that air and road traffic could be affected due to low visibility.

Incessant rainfall has led the water level in the rivers to rise.

FFS said that water level in Bagmati, Kamala, Saptakoshi and its tributary the Sunkoshi has crossed the danger mark.

People living in these regions should remain alert, Binod Parajuli, hydrologist at FFS, was quoted as saying in the report.

Meanwhile, weather experts have attributed the heavy rainfall in such short duration to climate change.

The Kathmadu Post reported that over the last three days, the country has witnessed heavy rainfall in an indication of the changing rainfall pattern. The country is receiving more rainfall in a short duration of time--an abnormal phenomenon that is slowly becoming a new normal.

There has been a change in precipitation in recent years. The intensity of rainfall has gone up, Madhukar Upadhya, a watershed practitioner and climate change expert, told The Kathmandu Post.

We are experiencing a high intensity of rainfall in short durations, he said.