No More Violence against Women and Children 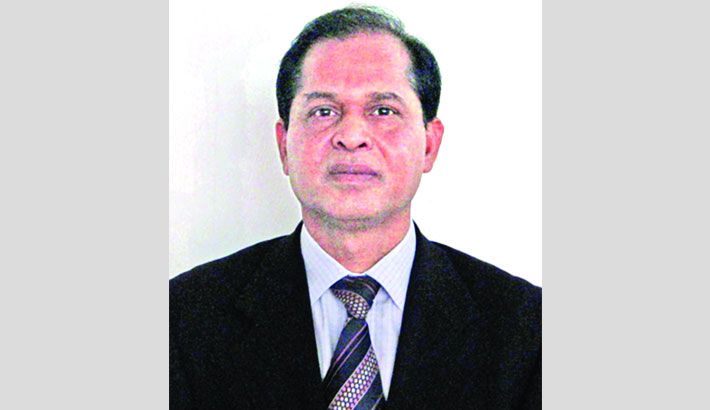 It tremendously shocks me, almost every day, when I come to know any incident of violence against a woman or a minor girl. These incidents might be rape, killing, sexual harassment, acid attack, torture, demanding dowry, etc. Such violences are not happening only in the rural areas of Bangladesh, but also in the urban locations. It does not, even, depend on the economic or social status of the persons involved. The fact is that these heinous people are living with us in the society and they are our neighbours.

The statistics on violence against women and children, mentioned in a report published in this daily on 10 July 2019, are really alarming. It said that about 23,139 women and children became victims to different kinds of violences during the last five years (2014 to 2018). However, the figures might be more, if we could count those who remained undisclosed due to various reasons. According to the report, 942 women/girls were the victims of rape in 2018, whereas, 731 women/girls were raped in the last six months of this year. In 2018, there were 3,918 cases of violent incidents against women, whereas, the number was 2,083 in the last six months. Though the dowry related violences, including killings and toutures, are declining; but there were 1,779 incidents of such violences in the last five years. If we look at the figures of sexual harassments, we can see that the number has been increased manifold, such as- from 44 in 2014 to 164 in 2017 and 146 in 2018.

From the said report, we can get a clear picture of the categories of violences that normally happen in our society against women, girls and children. These are: rape and gang-rape, killing, acid attack, sexual harassment, eve-teasing, abduction, repression, and human trafficking, early marriage, and forced suicide, mental and physical torture. The report has also mentioned that 153 women became victims of torture by police in the last five years.

The report has tried, through interviews of some human rights activists or organisations, to identify the causes responsible for all those violences. In a nutshell, these are: social degradation, lack of values, loopholes of laws, culture of impunity, drug addiction, social and political unrest, lack of awareness, lack of proper assistance and protection from family and society, absence of proper help from law enforcement agencies, absence of women-friendly environment, impact of foreign culture and technology, absence of adequate cultural activities, etc.

According to recent electronic media reports, death sentence or capital punishment for the rapist is the demand of the day. In addition, there are suggestions for quick disposal of all cases related to violence against women and children as well as exemplary punishment of the culprits involved in such violences. In the past, we can find a number of cases where the court succeeded to bring the culprits before the law. However, the percentage is very low as said by the activists.

We, the human beings, for obvious reasons, are the members of our own society. The society was not something imposed on us. We, in fact, created the society as felt necessary. Social norms or social values are the main forces that make the society run. We, the male and female including our children, all are very much the part and parel of our society. It is our normal expectation that each member would follow the social norms and values; and would also sincerely carry out his or her responsibilities. A society’s reputation is nothing but the reflection of the activities of its members. That’s why, each member is important to evaluate a society.

In a greater sense, families constitute a society and societies constitute a country. We cannot ignore the role of both male and female members to enrich our families and society. It ultimately benefits each of us and the country as a whole. To make a peaceful society or a country, we cannot sideline our female members or treat them otherwise. We must remember, these female members of the society are nobody but our mother, sister, wife or daughter. As male members, we must protect our female members for the survival of the mankind. If we are derailed from our responsibilities, we will destroy the society and the humanity. Certainly, we will not, in any way, accept that.

We know Hon’ble Prime Minister Sheikh Hasina has taken a lot of initiatives for the women and children of Bangladesh for amelioration of their livelihood and dignity in the society. We can cite a number of examples how she has empowered our women in various sectors of the state. She has established equal rights for our women in the families as well as other spheres of life. The government, in addition to the existing laws, has also enacted the Dowry Prohibition Act 2017 and the law for the Prevention of Child Marriage 2017.

Modern technologies that might help to bring the offenders to justice are nowadays very much available all over the world. It is not very difficult to reduce the violences against women and children, if we sincerely like to do that. As we know the causes behind all these violences, we have to find out the solution by utilising proper treatment for each of those. We have two major fields in which we have to work: society and law enforecement. That means, the responsibilities to face and overcome the situation, we, the members of the society as well as the government mechinary and the courts should come forward. A united approach has to be formulated with a number of tributaries to work separately, but for the same cause and purpose, under a coordinating unit preferably led by the Ministry of Women and Children Affairs.

While working on this issue, we may consider the followings- (1) Creation of awareness among the people of the society. Teachers, students, social workers, religious leaders, and other interested people of the society should join in the awareness creation campaign; (2) Formation of a village committee on prevention of violences against women and children. Such committee will work under the directives of the government assigned official working at the Upazila level. The committee will monitor all such situations and act accordingly; (3) Lists for all previous cases of violences against women and children (reported and unreported) may be prepared category-wise (such as rape, killing, abduction, sexual harassment, dowry, etc.) for every Upazila or District. This might be helpful in getting proper justice; (4) Political influence, in any way, should not interrupt bringing of the culprits to justice; (5) Law enforcement agencies should extend necessary assistance and cooperation to protect women and children from any violence. They should earn the trust of the people in getting them by their side; (6) We should maintain a women-friendly environment in the society as well as in their working place; (7) Each and every member of a family should know the values and the teachings of religion. Head of each family should take care of his or her family members for culture of values; (8) Setting up adequate women support centre all over Bangladesh; (9) Full implementation of the existing acts and laws as well as adaptation of new laws wherever necessary; (10) Setting up special tribunal at the district level might help quick disposal of the cases; etc.

We must remember that we are human not in appreance, but in character and behaviour. Men and women constitute the human universe. There should be mutual respect among them. We don’t want to see any more violence against women or children. We have to replace violence by love. The present government deserves high appreciation for its contribution to empowering women and guaranting gender equality. But everything will be washed away, unless the violences that occur against women and children are not reduced to a tolerable level. And it is our expectation that authorities concerned will take this issue seriously to make Bangladesh a peaceful country as said by the Father of the Nation Bangabandhu Sheikh Mujibur Rahman, “Peace is imperative for the survival of the mankind. It represents the deepest aspiration of men and women throughout the world. Peace to endure must, however, be peace, based upon justice.”