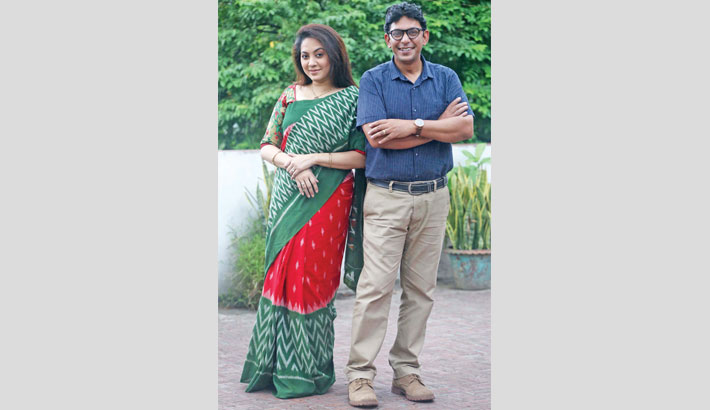 In the drama Tareen will be seen playing the title role of Rupa Bhabi while Chanchal will portray her husband’s character.

Meanwhile, the shooting of the drama has been completed at a shooting house in the capital’s Uttara area recently.

Talking about the drama Tareen said, “Rupa Bhabi is truly a family-oriented drama. The story is a part of everyone’s conjugal life. In the drama one of my favourite co-artistes Chanchal Chowdhury played the role of my husband.

He always memorises his script before coming to the shooting set. He understands his character as deeply as possible.”

On the other hand, Chanchal Chowdhury said, “Rupa is the true portrayal of an eternal Bengali woman. Tareen is a talented actress and she’s extremely dedicated.

On the other hand, director Abu Hayat Mahmud has made this tele-drama with immense care.”

The drama Rupa Bhabi will be aired on RTV on the occasion of upcoming Eid-ul-Azha.