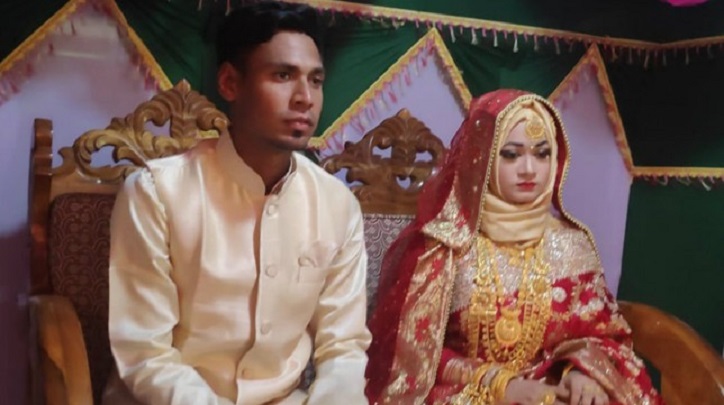 Mustafiz, who got over an indifferent start to eventually bag an impressive 20 wickets at the World Cup - second only to Mitchell Starc of Australia, going into the final -got married to his cousin Sumaiya Parvin Shimu on March 22, but held off the reception due to his engaments with the national team.

Shimu is a student of Dhaka University.

Member of Parliament for Sathkira -3 constituency and former Minister AFM Ruhul Haque and District Police Super Sajjadur Rahman were among some 3,000 peoples of all walks of life, including politicians, cricket lovers and jounalists, who attended the reception program.