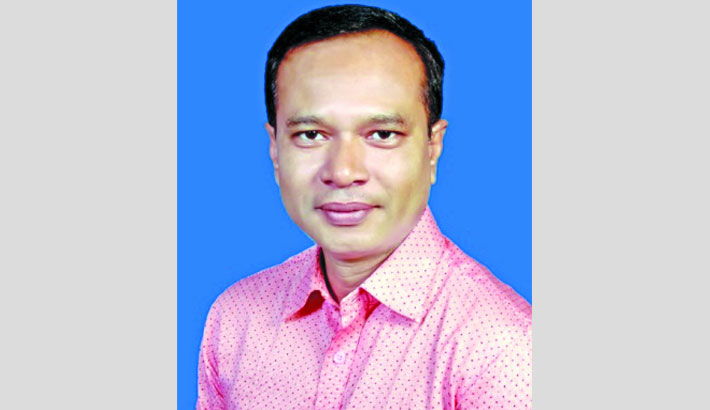 Former Secretary General of the UN Mr. Ban Ki-moon highly eulogised Bangladesh’s relentless resilience in the face of severely threatening impacts of climates. While addressing as the special guest in the Dhaka meeting on climate change adaptation, he maintained that Bangladesh is obviously a practical teacher for the global community as to how best to cope with the threatening changes of the climate on the own.

The world class diplomat further asserted that the incredible successes Bangladesh has achieved in combating the devastating effects of climate changes have to be taken into cognisance since the has gained the unbelievable progresses in the battle against the climate changes with its own limited resources and home-spun technology.

The former South Korean diplomat urged all that Bangladesh’s experiences in fighting the effects of the climate changes have to be shared by those gravely threatened by the fast changing patterns of the climate. He pointed out that the indomitable resilience of Bangladesh amid the strong expert prediction that 17 per cent of Bangladesh’s land may go under water by the year 2050 is an exemplary lesson for all who happen to be under the grave threat. He highly praised Bangladesh’s cost-effective and indigenous technology.

Ban Ki-moon has made it clear that the able and dynamic leadership of the Prime Minister Sheikh has made it possible to gain an extra edge over the grossly negative manifestations of climate change. According to this former Secretary General of the UN, through her ceaselessly brave stance in the face of the continuous onslaughts of climatic changes, Bangladesh has unquestionably achieved the unique stature of being the adaptation teacher as far as the adverse effects of climate changes are concerned.

The launching meeting of the Global Commission on Climate adaptation is obviously a significant event for Bangladesh since this inaugural commission meeting will prepare the core grounds for action-oriented flagship recommendations expected to be published in September. Surely, Dhaka venue of the commission opening meeting gives a clear message to all countries of the globe that Bangladesh has already been recognised de facto as an avant-garde in the efforts to make the only liveable planet of ours still safer and more stable. With the holding of this meeting Dhaka’s status and dignity as an uncompromising stakeholder will surely be enhanced beyond the limit.

Prime Minister of Bangladesh Sheikh Hasina in her speech has expressed her strong optimism that the flagship report will come up with clear action-based guidelines in fighting the hostile impact of climate change. Sheikh Hasina pointed out that Bangladesh’s firm determination to adapt to the negative manifestations of the climate with her limited resources has to be backed up by material and logistic support to reach the desired goal needed for a shared and secure planet.

In her speech, she has also voiced her deep concern for the prolonging presence of 1.1 million Rohingya refugees in Bangladesh. The honourable Prime Minister of Bangladesh has claimed that due to this quite a massive influx, the eco-diversity of Bangladesh’s predominant tourist zone is being gravely threatened as more and more hills and forests are being cleared for establishing more and more new settlements to accommodate the Rohingyas. She asserted that, being an over-populous country, Bangladesh can hardly afford this extra massive load for an indefinite duration. Sheikh Hasina has unambiguously clarified that she has allowed the access of the fleeing Rohingyas just on humanitarian grounds.

Deltaic adaptation management is not that easy a formula to be materialised overnight. The newer challenges prompted by the bizarre behaviour of the changing climate are too tough and elusive to tackle with limited fund and resources. When Bangladesh is struggling with the adversely-felt manifestations of changing climate, the 11 lakhs Rohingyas’ presence in Bangladesh’s ecologically most delicate zone is obviously a matter of serious concern for both Bangladesh’s ecology and economy. Amid this ground reality, Bangladesh is in dire need of a huge fund to continue its climate change adaptation efforts further ahead.

Even though the supply of required fund flow starts pouring in. it is all the more urgent for Bangladesh to reach a real and substantive deal with Myanmar for repatriation of the Rohingya refugees in the earliest possible time. Prime Minister Sheikh Hasina has already maintained this bland fact in unequivocal terms while delivering her invaluable speech in the meeting on climate change adaptation. Apart from the economic and ecological aspects of the adaptation process, adaptation mechanism does have its cultural and security dimensions and for any true and effective adaptation umbrella to work we have to address all questions and queries arising out of the undesirable presence of the Rohingya refugees.

In the truest sense of the term, climate change adaptation is an all-inclusive process having many related connotations and dimensions. In one hand, the land volume of Bangladesh is being squeezed at an increasingly alarming rate for unexpected negative effects of the climate change. On the other hand, our present population growth rate is still not tolerable if not alarming. Standing amid this reality, we are hopefully looking forward for the packages of the Flagship report expected to be unveiled in the coming September.

The writer is an Assistant Professor of English, Bogura cantonment Public School & College.