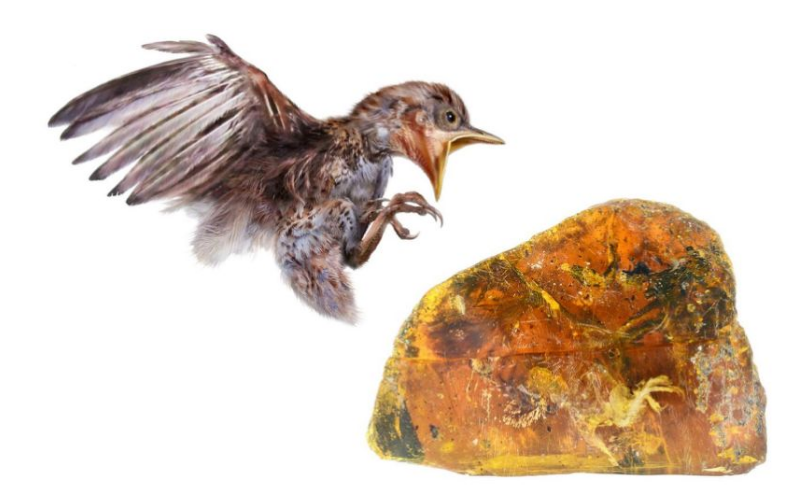 A joint research team of scientists from China and other countries announced Thursday that they had discovered a new species of ancient bird fossilized in amber in northern Myanmar.

According to the team, the new specimen includes a partial right hindlimb and remiges from an adult or subadult bird. Its foot, of which the third digit is much longer than the second and fourth digits, is distinct from those of all other currently recognized Mesozoic and extant birds.

The amber, about 3.5 cm long and weighs 5.5 grams, was formed nearly 100 million years ago during the early stage of the late Cretaceous Period, with a well-preserved bird's skeleton.

The research was conducted by paleontologists from the China University of Geosciences (Beijing), the Royal Saskatchewan Museum of Canada, Chinese Academy of Sciences and the Natural History Museum of Los Angeles.

"Considering the length of its preserved leg part of about 3 cm, we think the bird was much smaller than a sparrow. Its remarkably longer third toe may be for better adaptation to an arboreal life or for predation," said Xing Lida, a Chinese researcher.

The findings have been published in the academic journal Current Biology.